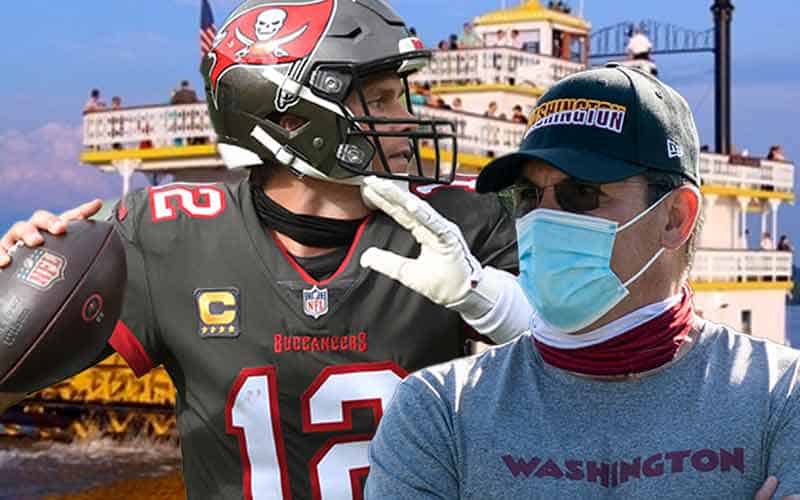 The Washington Football Team has won the NFC East with a 7-9 record, securing the division with a 20-14 victory over the Philadelphia Eagles last night.

Although the Eagles were officially eliminated from playoff contention in week 16, the remaining NFC East teams were all alive for the division title entering the final game of the season.

The Dallas Cowboys rallied late in 2020 to reel off 3 victories and finish with a respectable record of 7-9 considering the catastrophic injuries they have suffered this year.

Unfortunately for Big D, 2 of their losses were to Washington, which gave the Football Team the tiebreaker and ultimately earned D.C. a division championship under the first year of Ron Rivera’s tenure as head coach.

Rivera has been given the nickname of “Riverboat,” mostly due to his willingness in the past to take big risks with his play calling. He’s by no means afraid to go for a fake punt, 2-point conversion, or an onside kick, especially when the game is on the line.

Back in October, Rivera decided to try for 2 and go for the win instead of a game-tying extra point at the end of regulation against the New York Giants. Riverboat Ron gambled and lost, and at the time, probably assumed that this season would be one that was less focused on the playoffs, and more so on player development.

When you roll the dice, sometimes you lose, and Rivera is well aware of that now. His bad gamble didn’t pay off against the Giants, but his team persevered nonetheless. NFL betting sites also gambled and lost on Washington, as their preseason odds to win the division were in the positive four figures.

For Washington’s efforts, they are awarded a home game this weekend where they’ll host Tom Brady and the #5 seed Tampa Bay Buccaneers.

Brady and the Buccaneers are appropriately favored in the NFL Playoff odds to skate past Washington by more than a touchdown and move on to the division round.

Washington has nothing to hang their heads about if they lose, however, Brady is focused on another championship and anything less would be considered a disappointment.

The latest Super Bowl futures from Bovada have Tampa is the fifth most likely NFL franchise to win the NFL Championship on February 7, and also suggests that they will conclude their playoff run with a loss in the divisional round to the Green Bay Packers.

If Tampa and their collection of premium offensive talent can get on a hot streak, there is no limit to their production levels and championship potential. The Buccaneers’ current Super Bowl 55 betting odds of +1000 will pay off at 10X if Tom “Terrific,” Gronk, Antonio Brown, and the rest of the crew can get the job done and reel off four wins in a row.