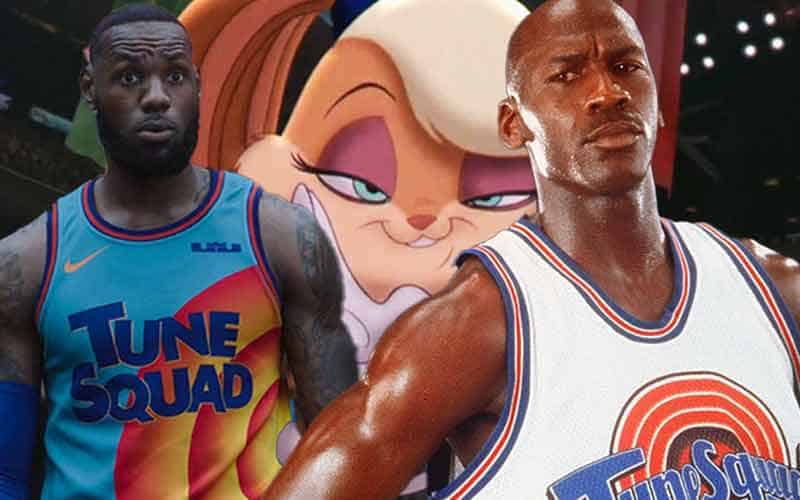 One of the fastest-growing genres of sports betting at legal offshore sportsbook sites is entertainment betting. It covers the spectrum of political betting odds, reality competition television shows, professional wrestling, and much more.

In recent months our staff has seen exponential growth in the realm of legally betting on Hollywood movies, television shows, and the music industry.  Betting categories can include casting choices for key roles, box office numbers, fictional outcomes, or anything else with a yes or no outcome.

Now, betting on entertainment odds has crossed streams with real sports because the prop bets that have been made available for Warner Brothers’ Space Jam 2 contain most of the components of a betting line for an NBA game.

The following three Space Jam 2 prop bets suggest the point-spread and money line for the Tune Squad versus The Good Squad.

The elephant in the room is the fact that current NBA star and Los Angeles Lakers forward LeBron James has taken the reigns from the greatest basketball player of all time, Michael Jordan, in so much that he is starring in the second film and leading the Tune Squad in the sequel to what is now a franchise that MJ began.

The following three Space Jam 2 props suggest that LeBron will score more than the 44 points that Jordan totaled out at in the first film, and also indicates that MJ will not make an appearance in the sequel.

The above odds also translate to an outcome where the 2021 Tune Squad outpaces the efforts of the original team from 1996, but the separation in the money line is fairly narrow.

It must be noted that these legal online sports betting sites are risking a lot of money on the prospect that Jordan does not appear in Space Jam 2.

Consider this. Wagers of $100 will earn a cool $2,500 in cash to run to the concession stand and get some soda and popcorn for enjoying the remainder of the film if MJ makes a cameo.

The only catch is, all bets must be placed prior to Space Jam 2’s release date of July 16, 2022. These prop bets can be considered live odds until that time, but because information regarding these occurrences is susceptible to leaks, unintentional or otherwise, these lines can be removed from the boards without a moment’s notice.

Also, if viewers don’t feel like heading to the theaters to see Space Jam 2, they can wait two days and subscribe to HBO Max and watch it in the comfort of their own homes – but these odds will be expired by then!