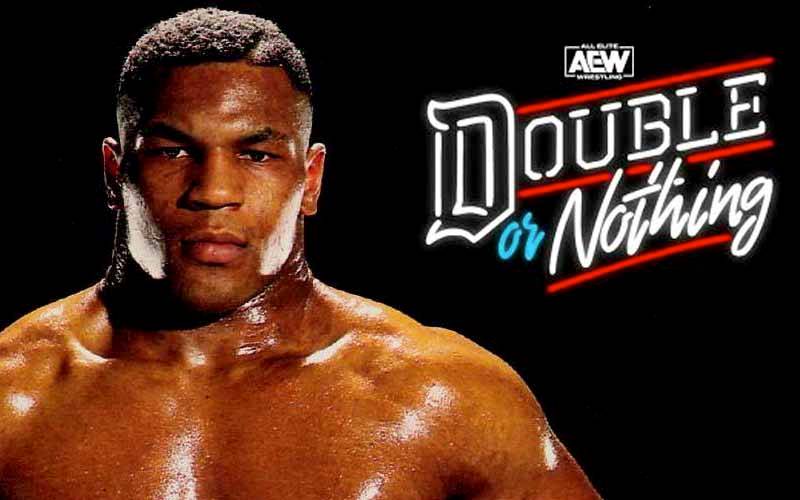 All-Elite Wrestling – Double Or Nothing Pay-Per-View

All-Elite Wrestling (AEW) has emerged as a legitimate contender against the #1 industry promotion, World Wrestling Entertainment. Vince McMahon and the WWE didn’t take AEW all that seriously, but now a ratings war has begun, much to the delight of wrestling fans.

AEW’s Pay-Per-View on Saturday night, Double or Nothing, marks a full year of organized events for the upstart promotion. They’ve established a trend by using the same name for the event, so we can expect it to recur each May.

Because of COVID-19 related social distancing recommendations, the event had to be relocated from the MGM Grand Garden Arena in Nevada to Daily’s Place, an amphitheater in Jacksonville, Florida that is owned by the Khan family.

If that name sounds familiar to those who participated in NFL betting, it is because the Khan family owns the Jacksonville Jaguars, as well as All-Elite Wrestling.

The event will be held with limited fan engagement, according to CBS Sports, and if it is anything like their recent Wednesday night television broadcasts of Dynamite on TNT, there’ll be a few wrestlers scattered around the ring making noise throughout the matches.

Despite the Coronavirus creating production difficulties, AEW has done a great job of setting up angles for tomorrow’s PPV. A single-elimination tournament for a newly created TNT Championship has been ongoing since the pandemic began and will climax tomorrow night.

AEW Double or Nothing betting odds are making the rounds, and here is what they have offered forth for the TNT Championship matchup between Cody Rhodes and Lance Archer.

AEW Double or Nothing odds provided by BetOnline.

Lance “Murderhawk” Archer has quickly made a name for himself in the promotion, entering out of nowhere several weeks back alongside the sinister Jake “The Snake” Roberts, who has made a return to professional wrestling in a mentorship role.

The Murderhawk rolled through the tournament competition and has even thrown some shade on Cody’s wife, Brandy Rhodes, by laying Jake Roberts’ full-size python on her unconscious body. If that isn’t enough heat for the matchup, presenting the title to the winner is none other than former boxing world heavyweight champion, “Iron” Mike Tyson.

This is not the first time Tyson has been involved in a wrestling storyline. In the late 1990s, Tyson was involved in an angle that led to an appearance at WWE’s WrestleMania XIV. Many historians have pointed to that moment as a major shift in dominance for the WWE, as they eventually became the last major wrestling organization standing in the early 2000s.

Will Mike Tyson have the same effect this go-round? Not likely, as his addition to the card was added late and because of stay at home orders, he was unable to make supporting television appearances leading up to the PPV.

Still, many eyes will be drawn to AEW that are not typically interested in professional wrestling, and that is the point. With that uptick in interest, many will also flock online to wager on the action at entertainment betting sites.

Brodie Lee, the recently revealed secret leader of the Dark Order, will challenge Jon Moxley for his AEW title. Moxley is heavily favored to retain the strap, but we like the odds that are placed on Lee. A wager of $100 will earn a cash payday of $170 if he is the victor.

Below are the remaining odds for Saturday night’s event. If you will be near Jacksonville and like to place a wager on any of these matches, we’d advise against betting in Florida at a domestic casino, as their regulated facilities don’t allow for sports betting. Seek out one of the many reputable offshore betting sites that we recommend for the ultimate in AEW betting odds.

Inner Circle vs The Elite