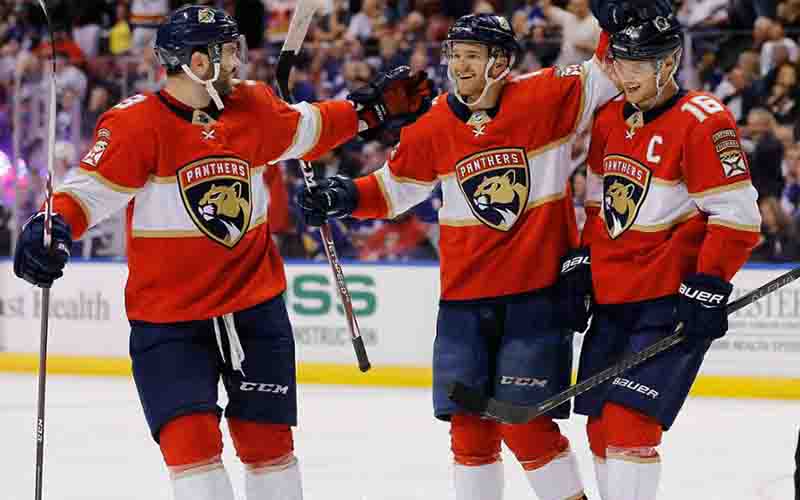 All 16 NHL Playoff spots have been clinched as the league enters its final Friday of the 2022 season. The NHL Playoff bracket betting odds still suggest an outcome where the Colorado Avalanche and the Florida Panthers meet in the Stanley Cup Finals.

That Panthers vs. Avalanche scenario has been locked in for weeks now even though there are several other teams that possess the talent to go all the way this postseason.

One team that will not be a part of the NHL Playoffs is the Las Vegas Golden Knights who will miss the postseason for the first time in their brief franchise history.

Vegas was the third overall ranked team in the preseason NHL futures with a +700 moneyline. All teams ranked in the preseason top 14 outside of the Golden Knights are part of the 2022 NHL Playoff bracket and are still in the hunt for a Stanley Cup Trophy.

Here are the current futures for NHL Playoff betting on the final morning of the regular season.

Although the above line has been posted at Bovada since the Tampa Bay Lightning won the Stanley Cup in 2021, every single franchise still in the hunt for an NHL Championship has moneyline odds that will deliver a minimum of a 3.5-to-1 net payout.

For instance, the most favored team, the Colorado Avalance, are listed at +350. A $1 wager placed on the Avalanche to win the 2022 NHL Stanley Cup Finals will reward gamblers with $4.50 if Colorado hoists the Stanley Cup in 2022.

The two-time defending champion Lightning have a +1200 shot at a three-peat, and those odds will drastically improve if they can get beyond their first-round NHL Playoff matchup against the Toronto Maple Leafs.

Ultimately, it can be assumed, based on NHL Playoff bracket alignment, that the winner of the Lightning vs. Leafs series will move on the face the Florida Panthers in round 2.

Three of the top 6 NHL Playoffs odds getters are clustered in the same quarter-bracket in the Eastern Conference, and the team that emerges will be the most likely to reach the Finals.

That’s why it is important to place your Stanley Cup bets prior to the onset of the playoffs. Calling your shot early is what turns a handful of dollars into fat bankroll using an offshore NHL sportsbook site. The odds will narrow as teams are eliminated so the time to bet is now.

15 pro hockey game lines for NHL betting are on the boards for today’s action which will be the last chance for regular season wagering outside of Sunday’s contest that features the Seattle Kraken vs. the Winnipeg Jets.

While there is a full slate of NHL betting lines to partake in today, read up on each team’s intentions for their final contest and whether or not they intend to rest key players.