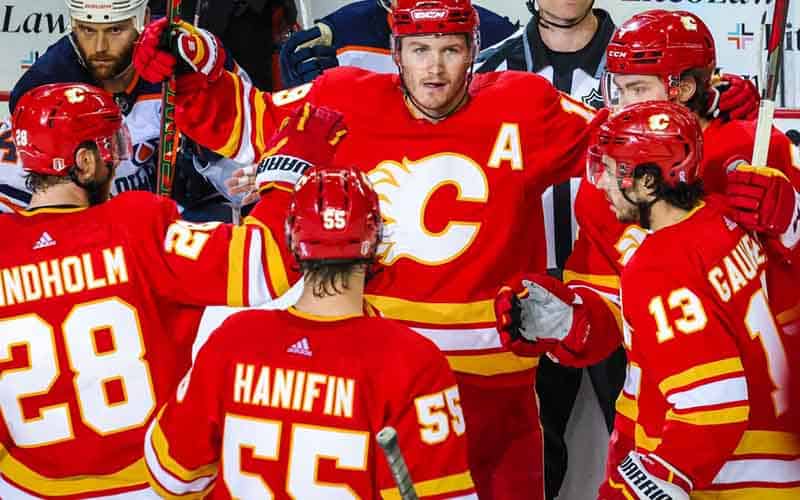 Just a few short weeks ago, the Florida Panthers were heavy favorites to win the NHL’s Eastern Conference and advance to the 2022 Stanley Cup Finals where they would most likely meet the Colorado Avalanche.

After suffering a four-game sweep in the second round of the NHL Playoffs at the hands of the Tampa Bay Lightning, the Panthers have been eliminated, and now two other top contending teams are on the brink of being bounced from the postseason.

Tonight at 8:00 PM, NHL betting sites are suggesting that the Colorado Avalanche will beat the Blues by at least a goal and move on to the Western Conference Finals.

The following unique NHL prop bets have been created exclusively for the Avalanche vs. Blues, and provide additional angles for laying some action on this series.

We’ve been compiling a week-by-week comparison of the NHL Playoff bracket odds since around mid-season and the Avalanche have been favored to win the 2022 Stanley Cup Championship for that entire time.

The Calgary Flames have been the most likely team to meet Colorado in the Western Conference Finals this season, and now that status is in jeopardy.

Tomorrow night at 9:30 PM, legal NHL Playoff sportsbook sites believe that there is still some life left in Calgary as they favor them to defend their home ice and force a Game 6.

Now that the Panthers have been eliminated, the Lightning have taken their place in the NHL futures odds and have the highest probability of winning the NHL’s Eastern Conference.

Tampa Bay is the two-time defending Stanley Cup Champions and they are looking to three-peat in 2022, something that has not been accomplished since the New York Islanders did so from 1980 to 1983.

The +260 moneyline odds for the Tampa Bay Lightning to win the 2022 Stanley Cup will payout at $3.60 on $1 bets which is alarming profit potential for a franchise that has won the last two championships.

Of course, the Stanley Cup futures odds only rise from there, and every option on the betting boards will earn more than the amount risked.

If the Lightning can continue their hot streak and earn a trip to the Stanley Cup Finals, the hockey bettors that laid their action right now will profit the most. He who hesitates… risks losing out on some serious earnings so call your shot now and win big when the franchise you wagered on hoists the Stanley Cup!