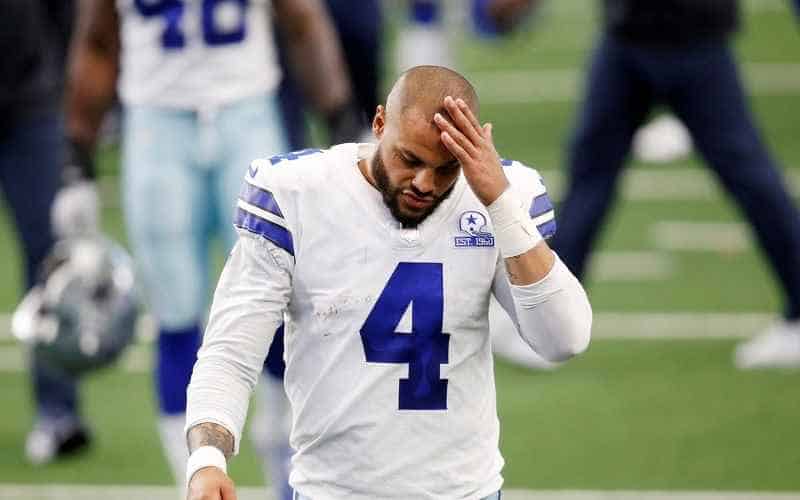 We knew something smelled rotten in Denmark when we saw thirteen and fourteen point spreads amongst the week 4 NFL betting odds.

Point spreads that large are seldom seen in professional football betting, and that’s because the league features an abundance of talent, enough to scatter around the entire NFL. There are also many gifted free agents that are struggling to find a team.

One of those free agents is running back Damien Williams. He scored two touchdowns in a Super Bowl 54 winning effort as a member of the Kansas City Chiefs, and now he finds himself out of the league.

That said, NFL teams win by margins that large from time to time, but oddsmakers rarely set the margins that far apart as it is not the norm.

The Baltimore Ravens were favored to defeat the Washington Football Team by 14, and top-rated sportsbooks had the spread right on the money, as the Ravens won by a score of 31-17.

That’s great for oddsmakers, but not for bettors, as the result is a push, or a non-win. In some cases, the book will keep its juice (profit) from the bet, which typically ranges from 5%-15% of the amount risked.

The Los Angeles Rams were predicted to defeat the New York Giants by 13. The final score was Rams 17, Giants 9.

The Ravens are an excellent team that has all of their units clicking, so it makes sense for them to be favored so heavily against a Washington team that is galvanizing but still lacks the experience and skill to compete at the top of the league.

The Rams, on the other hand, have no business being favored by 13 over any team in the NFL, even the lowly Giants who can’t seem to put points on the board, despite the occasional flourish of excellence.

Although the Ravens pushed, neither of these heavy favorites paid off and should provide ample warning to those who are betting against the spread in the future.

Speaking of futures, Super Bowl 55 odds have been updated, and the Chiefs remain atop the rankings to become the next NFL champion – no surprise.

What is a bit of a shocker is that the Dallas Cowboys are still featured as the 12th most likely team to hoist a Lombardi at the end of the 2020-21 season, despite their dismal 1-3 record following a week 4 49-38 home trouncing at the hands of the Cleveland Browns.

Despite their pathetic win/loss record, the Cowboys still find themselves very much in the hunt for the NFC East title, which will grant them an automatic bid to the playoffs, even if their final record is below .500.

An NFL prop bet offered by Bovada Sportsbook has set the following odds on the eventual winner of the “NFC Least.”

We can’t help but be intrigued by the Washington Football team and their +1000 odds to win the division. They are currently a half-game out of first place after completing one-fourth of the season schedule.

A wager of $10 on their money line winner odds of +1000 will earn $100. It might be worth taking a flyer on these futures odds for a nice payday to bring in the new year.

Don’t look now, but the Tampa Bay Buccanneers are also looking great and are off to a 3-1 start, pulling ahead of the 2-2 New Orleans Saints in the NFL South Division.

Tom Brady and the Bucks are now featured 5th overall to win Super Bowl 55, and after their comeback victory over the Los Angeles Chargers yesterday, we agree with that assessment. Get in on Brady and Tampa’s odds now, because as they improve, so will their chances of winning a title, which means a smaller payout if you wait until later to place a bet.