2019 AFC West odds: Chiefs favored to be the tip of the spear in the division race 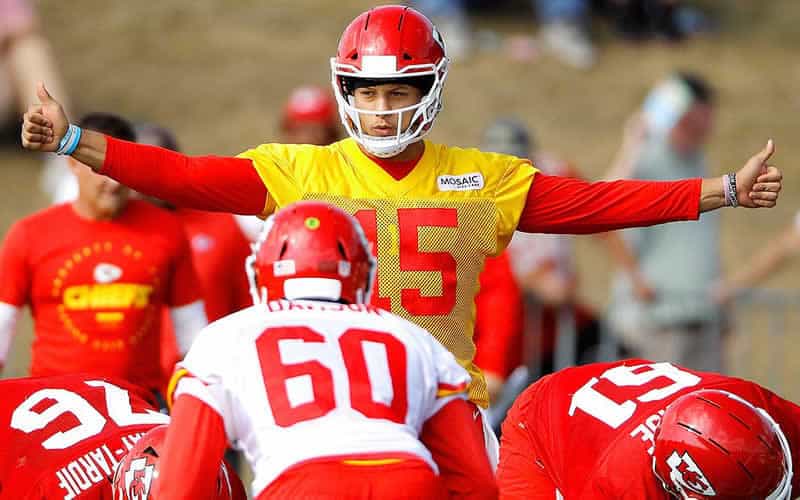 After winning the AFC West but finishing one game short of a Super Bowl appearance, the Kansas Chiefs — led by reigning MVP QB Patrick Mahomes — come into the 2019 NFL season as the favorite to win the division.

The Chiefs may have won the division the past three years, but two of those AFC West titles (2018, 2016) were won via tiebreaker, and the team finished the 2017 season just one game ahead of the second-place team.

Enter the Los Angeles Chargers, who will likely be the Chiefs most formidable division opponent. Is this the year that Philip Rivers and the electric company finally get over the hump or will this season be a dud like some many over the past two decades.

The AFC West is a two-team race unless QB Joe Flacco is actually “elite” with the Denver Broncos or rookie DE Clelin Ferrell turns out to be the next Khalil Mack for the Oakland Raiders.

Mahomes turned out to be the real last season. The Andy Reid-groomed prodigy took the NFL by storm last season when he took the reigns as the starting QB and posted a monster season, finishing with over 5,000 passing yards and 50 TDs to only 12 INTs, in his first full season at the helm.

And although Mahomes likely won’t put up numbers quite that staggering, there is no question the Chiefs will have an elite offense this season after finishing No.1 in the NFL last year. TE Travis Kelce and WR Tyreek Hill are two of the NFL’s best playmakers in the passing game, and RB Damien Williams showed he could be the all-around lead back that the team needs him to be.

The biggest question will be the defense, which ended the year ranked 31st out of 32 teams. The Chiefs did add S Tyrann Mathieu and DE Frank Clark in the offseason but lost long-time pass rushers Dee Ford and Justin Houston. Considering how terrible the defense was, the unit can only really go up from here. But even if they are somehow worse, the Chiefs should still hang on to win the division in 2019.

The Chargers, year after year, are always the “dark horse” team that ever expert picks to either win the division or the Super Bowl. Part of the reason for this is that the Chargers look like a top 5-10 team on paper each season but somehow manage to come up just short or not play to their potential when the games matter the most.

Last year, the team finished ranked 9th in defense and 11th on offense, and with so much talent coming back on both sides of the ball, it’s hard to see them not ranking even better in both this season. The Chargers are a good value pick to win the division, but they’ve been that way for a decade now, and they haven’t won the AFC West since 2009. Is this their year? Maybe, but history says otherwise.

Coach Jon Gruden’s first year in his massive 10-year, $100 million to come back to the NFL sidelines didn’t go quite as he may have hoped, and the Raiders over the course of one year decided to blow up the roster and start from scratch, trading the likes of Mack and WR Amari Cooper — their best pass rusher and offensive playmaker.

However, the team did make some big moves during the offseason so don’t expect them to finish 4-12 and last in the AFC West like a year ago. Pro Bowl WR Antonio Brown joins the squad to give QB Derek Carr an elite target in the passing game, and the team draft four players in the top 40, including RB Josh Jacobs, who could become the every-down back before training camp is over.

The main focus will be on improving the defense since the loss of Mack — who some consider the best defensive player in the NFL — became very apparent after the defensive line failed to generate pressure on opposing QBs time and time again last season. Ferrell should help, but asking him to be Mack is as wack as thinking the Raiders will win the AFC West this year. At least wait until they’re in Las Vegas next year before considering a gamble on this team.

The current Broncos roster is a shell of its former self — the one GM John Elway constructed into a Super Bowl winner in 2015. Unfortunately, the team hasn’t been able to replace future Hall of Famer QB Peyton Manning since he set off into the sunset, and the once elite defense has suffered as a result of the offense’s poor play.

Coming into training camp for the 2019 season, the Broncos believe that Flacco is the answer, but despite getting the boot from the Ravens, the management knows he isn’t the future. The title of franchise QB goes to Drew Lock, who’s arguably the best pure passer from this past draft. I made a prediction that Lamar Jackson would take over for Flacco last year during the season, and I think Lock will do the same at some point this season.

But this team is “rebuilding” and has a ways to go before they contend in the AFC West. However, that doesn’t mean there isn’t talent on the field. LBs Von Miller and Bradley Chubb are arguably the best pass-rushing duo in the NFL, and RB Phillip Lindsay comes into his second season as the clear starter and one of the team’s best all-around playmakers. Ultimately, the team’s key to success is Lock becoming a franchise guy, but if he doesn’t then expect the Broncos chances of winning the division to remain shut until they find an answer at QB.