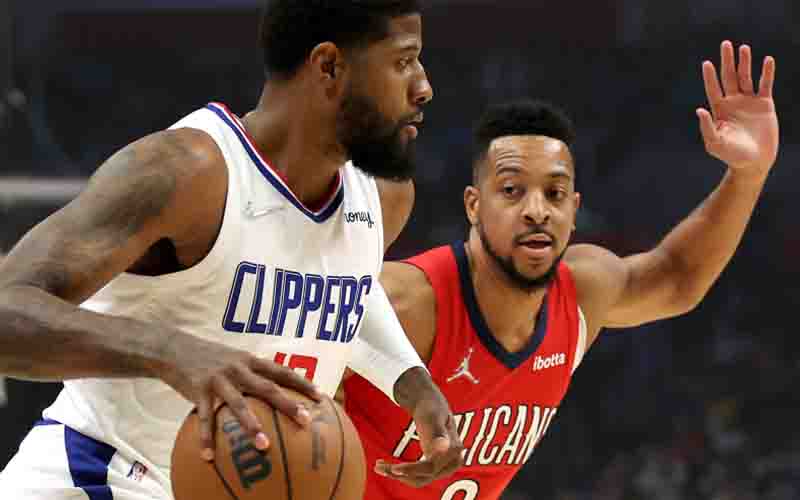 The 2022 NBA Play-In Tournament concludes tonight with two games that will decide which teams will secure the number 8 seed in both the Eastern and Western Conferences.

The winner of the game will advance to the NBA Playoffs and will compete against the Miami Heat in the first round. The Hawks are projected to defeat the Cavs and move on to face the Heat, the top team in the East, and that’s largely due to the hot shooting hand of Trae Young.

The Hawks have not played up to their potential in 2022, but a win tonight will place them back on track for a postseason run. The futures odds for NBA Playoff betting grant them a +20000 moneyline to win the 2022 Finals, with bookmakers only ranking the Cavaliers and New Orleans Pelicans behind them.

For weeks, the NBA Playoff picture odds have illustrated an image that placed the Brookly Nets against the Miami Heat in the first round of the 2022 postseason. Now that the Nets have become the 7 seed in the Eastern Conference, they will now face the Boston Celtics and avoid going up against the top seed right off the bat.

Tonight’s second game in the NBA Play-In Tournament tips off at 10 PM on TNT and is also a single-elimination contest that allows the winner to become the 8 seed in the Western Conference and face the Phoenix Suns in a best of seven series.

The Pelicans had a good showing in their first play-in game, besting the lowly San Antonio Spurs by a final score of 113-103. Perhaps most impressive is that New Orleans has brought themselves to the cusp of 2022 NBA Playoff eligibility without the services of Zion Williamson, arguably their best player.

To add additional diffulty to all efforts relating to NBA betting, Williamson’s availability for tonight’s game has not been made crystal clear as there’s a smokescreen, perhaps deliberate, surrounding his injury status.

There have been videos circulating social media that reveal monster Zion dunks that give the impression that he could suit up and play any day now, but thus far, he has not been deemed heathly enough to enter the lineup for tonight’s game.

An argument could be made for keeping Williamson on the sidelines because of the cohesive play that the Pelicans have experienced in his absense. However, with New Orleans entering a one-and-done situation that could end their 2022 season, its hard to imagine a scenario where the Pelicans would not want his services to be available if called upon.

While some smoke does indicate the possibility of a fire, Zion’s flame has likely been snuffed out for the play-in and the first round of the playoffs according to rumors posted online.

There are some healthy profits that can be won by betting on the Pelicans if they do manage to beat the LA Clippers. $1 wagers on the Pelicans’ +145 moneyline will earn $1.45 for each dollar bet on New Orleans if they win tonight.