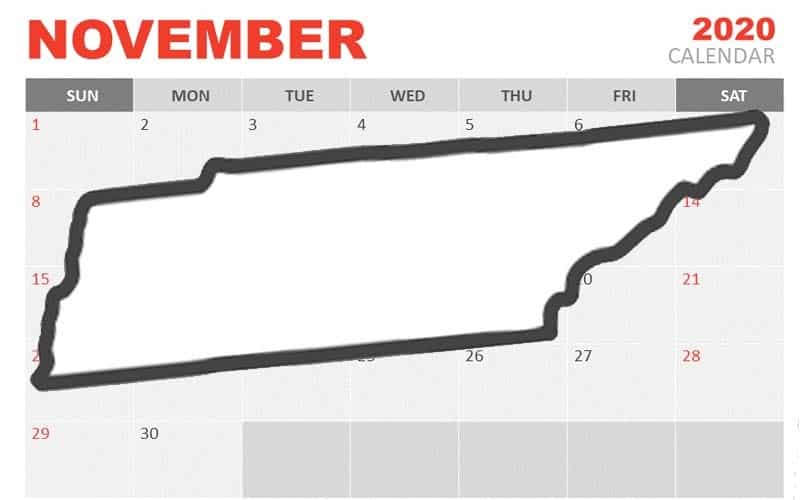 Ah, the spring of 2019. We were such an innocent country then. The New England Patriots had just defeated the Los Angeles Rams in Super Bowl 53 and Tom Brady was looking to finish up his career in the Boston area.

Children were looking forward to the end of the school year and spending summer vacation time with their families. Seniors were preparing for graduation, walking in commencement ceremonies, and attending proms.

It was also during the spring of last year when the Volunteer State legalized sports betting when Tennessee Governor Bill Lee allowed it to become law without his signature.

Lee had mixed feelings about expanding gambling in a state where casinos don’t currently exist, and at the time, budget shortfalls were not the pressing concern that they are now.

“I do not believe the expansion of gambling through online sports betting is in the best interest of our state, but I appreciate the General Assembly’s efforts to remove brick and mortar establishments. This bill ultimately did not pursue casinos, the most harmful form of gambling, which I believe prey upon poverty and encourage criminal activity.”

The Governor and the Republican-led Tennessee legislature had no idea what shape the country would be in just one year later, but here we are, six months into a pandemic, where sports betting tax revenue could rescue the state budget.

According to a report from WRCBTV, Tennessee sports betting is set to begin on November 1. The Tennessee Education Lottery (TEL) is in charge of setting up domestic operations and have been putting together a plan for procedures since last June.

“At this point, I’m pleased to tell you we’ll start no later than Nov. 1, and potentially a week or two ahead of that if we can get all of the background checks back from the folks who have them.”

Rules were finalized by the lottery in April, and TEL has received twenty applications for establishing a domestic sportsbook within Tennessee’s borders. Four licenses have been granted so far, and although there has been no official press release, the following operators have been leaked as the most likely recipients.

BetMGM has mentioned TN in their quarterly reports as a state that they intend to expand into, and TennesseeAction 24/7 has posted on their website that the TEL is processing their application.

Wagering opportunities within Tennessee will be limited to online or mobile sports betting apps, with no plans for in-person sportsbook locations to be erected.

TN also has some stringent requirements for any operators that plan to set up shop inside of their borders. Each year, sportsbooks will have to pay a $750,000 license fee to operate in the state.

Domestic sportsbooks will also be subject to a 90% maximum on sports betting related payouts. That means that payouts won’t be as advantageous as they are in other regions, and leaves the door open for international betting sites to dominate the action with better cash payment percentages.

Still, Tennessee should have at least four legal domestic online sportsbooks operating within the state before the end of the NFL season with plenty of time to take in action on Super Bowl 55.

Perhaps legislators can revisit their licensing fees and payout holds during the next session once there’s been an analysis on offshore vs. domestic action in TN.