Let’s Get Ready To Stumble? Boxing Punches Back, But Changes Loom 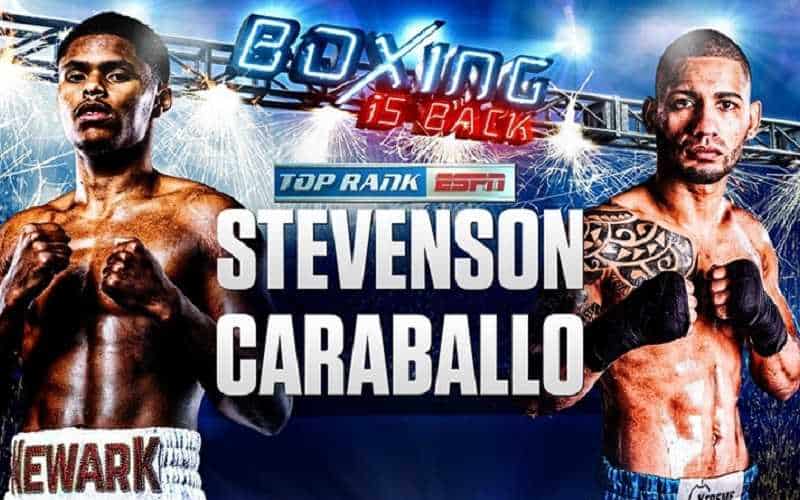 After a months-long coronavirus hiatus that bunk science hasn’t backed up, the Sweet Science is finally back.

Tonight at 7:00 p.m. EST on ESPN, Top Rank is putting on the boxing world’s first contest since the shutdowns closed sports worldwide. The bouts will be held in Las Vegas at the MGM Grand Conference Center.

Past fights, of course, would be held in arenas, but this time, things are a bit different. Like recent UFC fights, there will be no crowds, and there will be a limit on the number of news reporters, sports writers, and even coaches and cornermen allowed in the venue.

Per ESPN, Top Rank president Todd duBoef has long been looking for a Vegas venue for his sport’s return.

“It was a little bit of a selfish interest from all of us that seeing the city and the state decimated the way it was, it was like, if we were going to bring back some business or start to show the world, reintroducing sports back into the world on television, we felt it was important because Nevada was our home state. They needed to be at the center or working with us, the consumer or average person, ‘Hey, let’s get some confidence back. Las Vegas is still around.'”

Well, the fights are back, and you can wager on tonight’s matchup at any legal offshore sportsbook.

Tonight’s Top Rank card only has five fights, and Bovada’s carrying odds for four of them.

That fifth fight (the second bout of the night) features middleweight Quatavious Cash taking on Calvin Metcalf over six rounds of action. While betting lines may be posted closer to the starting time of the bout, they aren’t up yet.

You can also get a host of other boxing betting odds at Bovada, though none of those contests have yet been confirmed, and others – like Floyd Mayweather, Jr. vs. Khabib Nurmagomedov or Tyson Fury vs. Logan Paul – are, for the moment, strictly in the realm of fantasy futures.

Still, this evening’s return to action should be a fun one, and since it’s airing on ESPN amidst a dearth of other live sports, the ratings should help give a boost to the sport.

So, too, should the unique circumstances involved.

For this card, since there will be no crowd noise on the broadcast, viewers and bettors alike – particularly those who have never been to a live boxing event – will be able to hear the blows like never before.

Boxing is a brutal sport, but it’s often muffled by the traditional broadcast environment. Tonight’s event is going to be eye opening for many fans, and eye-closing for some of the pugilists.

In addition to fighting in front of cameras instead of the crowd, other interesting measures have been put into place to mitigate the potential spread of COVID-19.

Taking place inside a “bubble,” as Top Rank calls it, all the fighters and their trainers have been tested for the coronavirus, and if they leave the MGM Grand’s isolated premises, they must be retested. The ring environment looks like this: 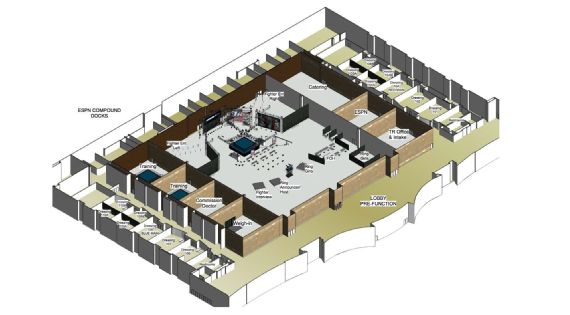 So far, one fighter, Mikaela Mayer, has tested positive for the virus, so her bout with Helen Joseph was called off, and the Anderson-Langston fight was moved into the co-main event slot.

Hopefully, between now and this evening, no more scheduled fights will be derailed by positive tests, as Top Rank does not have a reliable mechanism in place to replace the athletes on this card (though the promotion is working towards that for future bouts contested under these temporary conditions).

Nevertheless, boxing is finally back, and though tonight’s broadcast might be as interesting for its otherworldly environment as for the fighters in the ring, there is still some intrigue inside the squared circle.

The main event, Stevenson vs. Caraballo, is being touted as a stepping stone for the former fighter. Indeed, Shakur Stevenson, the 22-year-old featherweight titlist, is hyped as “the future of boxing” and “the next Floyd Mayweather.” Whether or not that works out is anyone’s guess, but his odds to clobber Felix Caraballo are astronomically high at -10000.

Per the remaining odds, none of these fights should be particularly close, but there’s a good chance that you’ll see a few knockouts, and with nothing to temper the sound, there’s an even better chance that – for perhaps the first time ever – you’ll actually feel the knockouts, too.

So get your legal sports bets in and get that subwoofer ready!