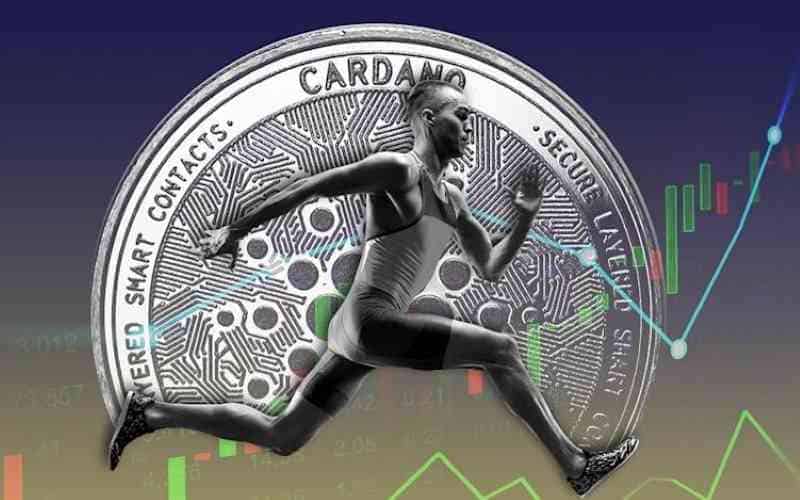 Bovada now takes Ethereum (which took ages for some reason), and both BetOnline and SportsBetting AG have added USD Coin and Chainlink to their online bet funding menus.

You can also finally be paid out in crypto whether or not you’ve deposited with the stuff, which means these books are effectively operating as exchanges.

Cardano (ADA) is one of the most popular altcoins in the world, and it’s seen tremendous growth over the past few years.

The innovative, third-generation Proof-of-Stake (PoS) blockchain platform was founded in 2015, and it’s currently the fifth most popular cryptocurrency by market capitalization.

In fact, Cardano outpaces Ripple, the comically pointless Dogecoin, USD Coin, Bitcoin Cash, Litecoin, Chainlink, and Stellar, most of which are commonly accepted at many of the best-rated online bookmakers.

And then there’s this little chestnut.

So, what’s taking so long when it comes to ADA sports betting?

That’s tough to answer, but it might be as simple as these sites’ existing holdings.

Our theory about when a sportsbook accepts a given crypto coin puts less emphasis on a given asset’s popularity and more emphasis on the presumed quantity of the asset these books hold.

For example – and with the caveat that we can’t prove this – we think Bovada only started accepting Ethereum (ETH) when its internal metrics showed the ROI on the asset was strong enough to justify the move.

That is, we presume Bovada had a stockpile of ETH it purchased at an average value of much-less-than-it’s-currently-worth, and once the Ethereum price hit a particular benchmark, the site felt comfortable with paying bettors out from that stockpile.

Remember, Bovada started taking Ether literally days after the coin hit its all-time high of around $4200 on May 10.

Now, let’s say Bovada bought into Ethereum when the coin was around $20 per unit.

By holding the asset and waiting for the ETH value to balloon, Bovada can now pay winners in Ethereum with it hardly ever affecting the long-term bottom line.

In other words, Ethereum winnings are paid out at fair market value, which makes bettors happy. Meanwhile, those payouts come from a trove of coins boasting a far lower average purchase price, which makes Bovada happy.

That’s the best we can come up with.

Note: This doesn’t explain why USD Coin is now suddenly accepted, as the stablecoin is pegged 1:1 to the US dollar and can never appreciate in value. That said, stablecoins are used for swing trading and day trading, and USD Coin is now most popular such asset despite the historical dominance of Tether.

Why don’t these books support the most exciting cryptocurrency of this generation?

Surely, they all have ample ADA holdings, which were likely amassed when the asset was worth just a few cents.

Of course, the current Cardano price — $1.42 as of this post – might still represent too low a gains delta for the books to dump their reserves into eager bettors’ hands.

If ADA hits $5 or $10 within the next year or so, there might be a lot more interest.

However, in the case of Cardano, that’s still a considerable missed opportunity.

Remember, ADA – as a PoS crypto (as opposed to a POS crypto like DOGE) – recently entered the Shelley Era, which allows for stake pool delegation.

This means you can “pledge” your ADA holdings to Cardano pools and earn passive rewards as those pools crunch the numbers and verify blocks.

If Bovada et al. can figure out a way to run their own ADA pools, these books could earn substantial passive income on all the ADA deposits that would come through their doors – as well as all the ADA balances on their servers.

The tech is there, and because Cardano delegation doesn’t tie up funds (i.e. they can be paid out instantly, anytime, from the same wallets in which they’re stored), it’s genuinely baffling that ADA support hasn’t been offered to the gambling public by now.

Eventually, most reputable sportsbooks will accept 30-50 different cryptocurrencies as a matter of course, so it’s just a matter of time.

But until then – regardless of which crypto you use to collect your winnings – we recommend trading those for ADA ASAP.