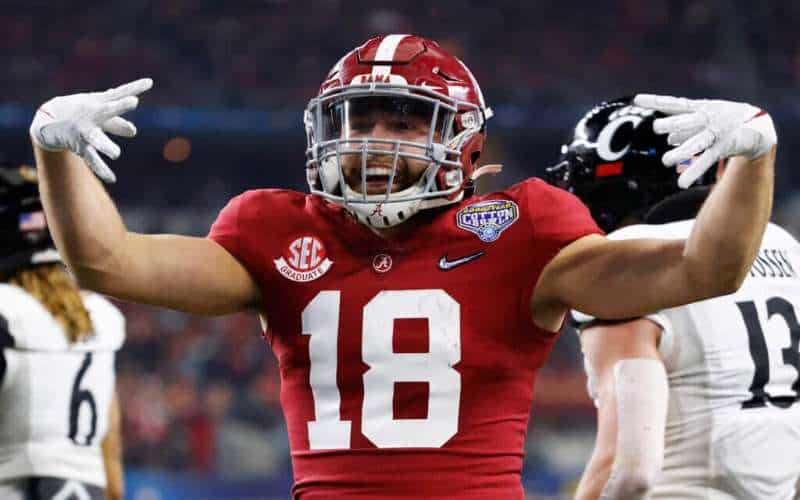 Alabama may become the next Bible Belt state to welcome domestic sports betting though, it won’t be easy. The state has long-held anti-gambling sentiments, even lacking a lottery system.

However, a recent proposal by Sen. Greg Albritton aims to legalize Alabama sports betting along with several other gambling ventures. The bill filings come during the middle of the state’s legislative session, with only 12-meeting days to go.

Still, the Senator believes that his legislation could pass in the given time frame. Albittron’s proposal will likely receive consideration at a committee meeting on Tuesday.

The sports betting bill details an all-out gambling expansion for The Heart of Dixie. Along with measures for sports betting, it provides regulatory guidelines for the operation of a statewide lottery and the addition of commercial casino operators.

Alabama’s lottery would be supervised by a new state department called the Alabama Education and Lottery Gambling Commission. All net revenues from the lottery would be delegated towards a scholarship fund in the state, much like its East Coast neighbors.

The new commission would also be responsible for approving and issuing casino licenses for commercial operators. At present, Albittron’s casino measure only makes room for one licensee.

Still, the lucky operator would have the opportunity to host betting across four dog racing facilities in the state. The locations are as follows:

The measure also provides authorization for tribal casino expansion. Under the bill, the Poarch Band of Creek Indians is given rights to open an additional casino in either DeKalb or Jackson county. Altogether, it adds up to eight fully-fledged casinos with two, smaller satellite locations.

All of these casino sites would be legally allowed to host sports betting in exchange for an annual 20% cut on all gambling revenues.

Trouble Getting Up To Speed

The deal seems great, covering every corner the state needs to catch up to its neighbors. However, the measure may be too big to get the necessary approval. Members of the state legislature are very spread out when it comes to reservations about America’s gambling laws.

Some favor the idea of a lottery but have trouble getting behind a casino. Others aren’t comfortable with any expansion at all. And not just because of moral quandaries. Many are concerned with the decimation of an already struggling pari-mutuel industry.

Rep. Kelvin Lawrence of Lowndes County argues that the casino plans could shut down bingo halls across the region. He says,

“It’s just an effort to appease us, but it basically puts us on life support. … We’re talking about a community that is underprivileged, 90% poverty. It would be a catastrophe if those facilities are closed,”

If the Alabama legislature passes Albittron’s bill, a November vote will decide whether the measure becomes law.