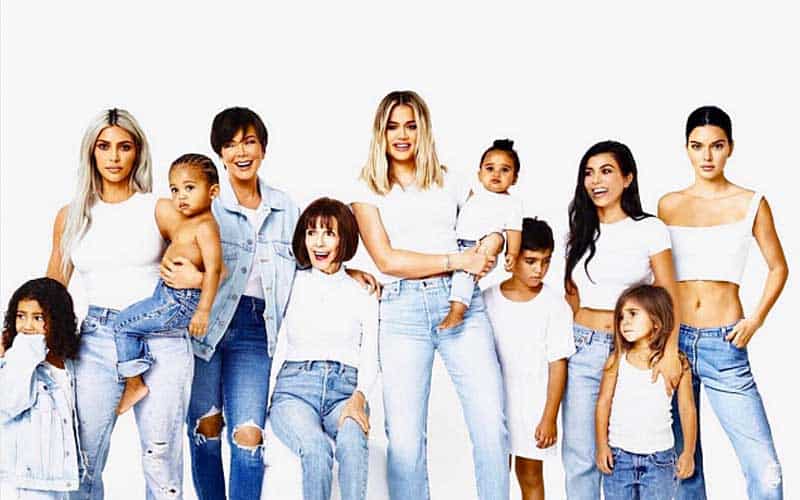 Celebrities: they’re just like us. They eat, sleep, and interact like anybody else, with the addition of fame and fortune, of course.

Like 90% of people in the United States, one thing most superstars in America do is celebrate Christmas. One particular socialite that celebrates is Kim Kardashian.

The Keeping Up with the Kardashians star and her family have also graced the common folk with their group Christmas cards the last few years and many are expecting another for 2019.

Last year’s photo almost didn’t happen due to conflicting schedules between the family. Nevertheless, the photo– featuring Kim, Khloe, Kourtney, Kylie, and the children– was taken at the last second and posted on Instagram.

CHRISTMAS 2018. This year we waited until the last minute to do a card. Schedules we’re changing, my husband was in and out of town. But The day of this card last minute realized we were all together so we had all of our kids come meet us. Kendall and my mom rushed to a meeting after this shoot so this is what we have! As many of us as possible! From our family to yours Merry Christmas 📸 @pierresnaps

For this season’s Christmas card, however, oddsmakers do not believe the family will be able to throw anything together in time. With -500 entertainment betting odds of not happening, a Kardashian Christmas card is not likely in 2019.

Will there be a Kardashian Christmas card in 2019?

Even if a photo similar to 2018’s was released this year, the “Yes” would not hit as the card must include Kris Jenner, Kanye West, Kim, all her siblings, plus everyone’s children.

There is another Kim K photo bet that takes less coordination, though. Bovada is accepting action on whether or not Kim will post another bikini picture to her Instagram before the end of the year.

The 39-year-old mother of four has stated that she wants to tone down her sexy look in 2020 due to advice from her husband, West, and her own personal awakening.

“I don’t know if it’s the fact that my husband has voiced that sometimes too sexy is just overkill and he’s not comfortable with that. I listen to him and understand him,” Kardashian said in an interview with The Cut. “But I have kind of had this awakening myself. I realized I could not even scroll through Instagram in front of my kids without full nudity coming up on my feed pretty much all the time. And I definitely contributed to that.”

The last bikini photo Kardashian posted was of her 2019 Halloween costume. Dressed as Elle Woods from Legally Blonde, Kim K donned a pink bathing suit that earned over 4 million likes.

A final Kardashian bet exists, although this one has nothing to due with pictures. According to Bovada, Kylie Jenner is favored to be the first member of her family to be pregnant in 2020 with -160 odds.

Which Kardashian/Jenner will be the first to be pregnant or have a baby in 2020?