This Independence Day, Put Your Money Where Their Mouth Is! 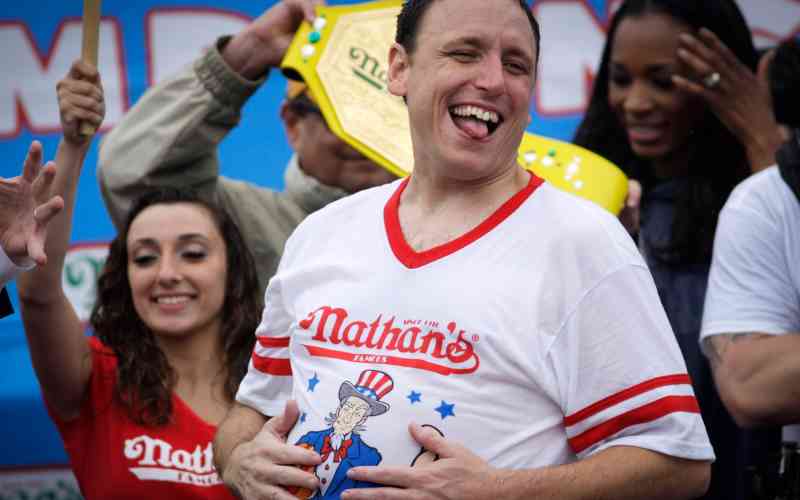 Happy Fourth of July, everyone!

As always, there’s no better way to celebrate American independence than by taking part in uniquely American festivities.

Over the last generation, one of the hallmarks of July 4 has been the Nathan’s Famous Hot-Dog Eating Contest, held each Independence Day at Coney Island in Brooklyn since 1997.

While the event was held privately last year due to COVID-19 restrictions, the hot dog contest is back in full force for 2021.

Of course, like American greatness, some things never change, and reigning champion Joey Chestnut – the sport’s undisputed GOAT – is getting most of the love from all the top US-facing online sportsbooks.

However, this is one event where you’ll get dramatically different props from all the major betting sites, and we’ve included the best of these – with very own touts and analysis – below.

So check out the odds and tune in for the gastric fireworks…if you can stomach it!

The Nathan’s Famous contest kicks off with the women’s event at 11:30 AM EST on ESPN3, while the men’s event airs at noon on ESPN.

Since he took his first Mustard Belt under the 10-minute standard, Chestnut has averaged 66.4 HDB (hot dogs and buns). That includes the 60 he ate in the sole loss of his reign (2015).

Of course, long-term averages aren’t always much help to bettors.

Since Chestnut’s return to glory in 2016, he’s won every contest with an average HDB of 72.4. This makes the O/U much more difficult to gauge.

That said, Chestnut’s biggest competitors, Matt Stonie and Geoffrey Esper, will be back after missing the 2020 event, which might put a little gloat in his throat.

Still, the payout on the under is more attractive, and this one’s basically a coin toss. Take the +110.

This is supposed to be a contest. If the big dog is sitting at an O/U of 73.5, Badlands Booker probably shouldn’t even be on the stage.

We won’t dignify this nonsense with our hard-earned money.

Geoffrey Esper is a musclebound fellow with a big appetite, and his personal best is 51 HDB in 10 minutes.

The books have this as a toss-up, but Stonie is capable of consuming 62 HDB in 10 minutes, which he did in 2015 to take the title from Chestnut.

Wehry got his seat at the table for 2021 during the Nathan’s qualifiers, where he at 34 HDB.

It seems unlikely that he’ll do considerably better than that on the big stage.

We agree with most bettors and think he’ll come in under 44.5 HDB at the halfway mark.

Take the over. This guy inhales these things.

Most of these lines are pretty tough to call, though we can eliminate the last two from the mix. It’s also unlikely that Chestnut will eat fewer than 70 HDB.

Note: Since there are no half lines here, it’s questionable whether or not, say, 74.5 HDB would pay out at all.

What will happen first for George Shea during the broadcast?

Apparently, this old guy is somewhat accident prone as the emcee of the Nathan’s Famous contest.

Of the three choices, we like the first one, though we think he’ll probably avoid the trio of faux pas entirely.

What will be said first during the 10-minute Men’s competition?

Takeru Kobayashi is getting less and less relevant, as he hasn’t competed in the event since 2009 due to contractual disputes.

While he put the event – and competitive eating in general – on the map, Chestnut is widely viewed as the GOAT and will probably be mentioned as such before Kobayashi’s name is brought up.

What will be said first during the 10-minute Men’s competition?

Miki Sudo set the women’s world record in 2020 with 48.5 HDB, and as she’s not participating this year (she’s pregnant and can only eat for two), she’ll be mentioned at the outset.

We like the underdog here, as well as its +170 payout.

Will PETA interrupt the competition?

Of course, PETA is the only entity on earth that kills more dogs than Joey Chestnut, so maybe they’ll sit this one out.

Will there be a recount in the men’s event?

Almost certainly not. Everyone expects Chestnut to win in a wipeout.

The only recount that might apply is one to determine his exact margin of victory.

Will the contest feed get hacked by PETA?

The very idea is absurd.

However, given the betting limits on this, you won’t win much taking the favorite.

Will there be “reversal of fortune” in the men’s event?

In competitive eating, a “reversal of fortune” is when someone vomits during the contest. This results in immediate disqualification.

It’s happened before, but we think it’s pretty unlikely this year.

Will there be a “reversal of fortune” in the women’s event?

Will there be an eat-off in the men’s event?

Nobody is going to match Chestnut’s total, and the payout is miniscule enough to reflect that reality.

We’re avoiding this line for its lack of profit potential.

Will there be an eat-off in the women’s event?

With Sudo out of the 2021 event, Michelle Lesco is the heavy favorite to win.

Sudo would eat Lesco’s lunch, but nobody else likely will.