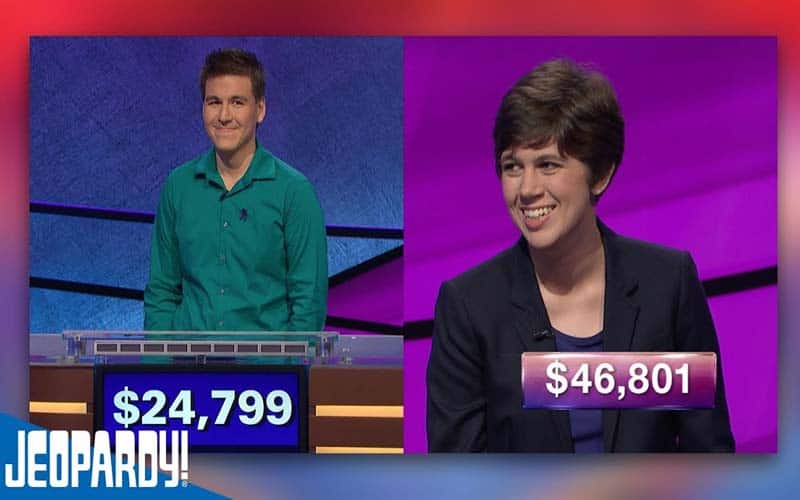 The streak is over.

Jeopardy! champion James Holzhauer — a sports gambler and Las Vegas native — finally lost on Monday, bringing an end to one of the greatest streaks in the show’s history.

Here’s the highlights from yesterday’s show.

The Las Vegas professional sports bettor made national headlines over the past two months, setting numerous records, including the single-game winnings mark of $110,914 in — breaking the previous record of $77,000 in just his 4th episode.

Holzhauer would eventually shatter his own record, setting the all-time single-show mark with his $131,127 performance.

Most notably is how Holzhauer changed the way the long-running quiz show has been played, using his background in sports betting and applying “high-stakes gambling” to the show.

The first strategy he used was starting at the bottom of the board, going after the highest valued questions.

Then he would go searching for the Daily Double and risk every bit of money he’d accumulated in the first round in order to create a huge deficit his opponents couldn’t overcome.

But in the end, both of the streaks he was chasing — games won, and money earned — would finish second to Jeopardy! legend Ken Jennings, who managed to win $2,520,700 during a 74-game winning streak in 2004.

Holzhauer had a ways to go before breaking Jennings’ 74-game winning streak but was closing in fast on his cash winnings record. Unfortunately, Holzhauer would finish just $56,484 behind the all-time mark set by Jennings 15 years ago.

The new Jeopardy! champion told the Chicago Tribune she wrote her thesis “on predicting the difficulty of trivia questions using ‘Jeopardy!’ clues” while getting her master’s degree from the University of North Carolina in 2016.

“It’s been remarkable as a fan to have watched his run. James is such a great player,” Boettcher said. “And for me, it would have been an honor to have played him regardless of how the game had turned out. It’s been nice having watched the show for so long and to feel like I’ve kind of made my mark on the ‘Jeopardy!’ history in that way.”

Even though Holzhauer said he was disappointed with the loss, he said he was glad that he lost to someone that genuinely deserved the win and earned it.

“I’m a person who really hates losing,” Holzhauer said, “but I learned that I’m proud of my place in the show’s history, even if it’s not at the absolute top of the pyramid.”

In the end, Holzhauer tweeted at Jennings about his streak coming up just short and had some parting words for us all.