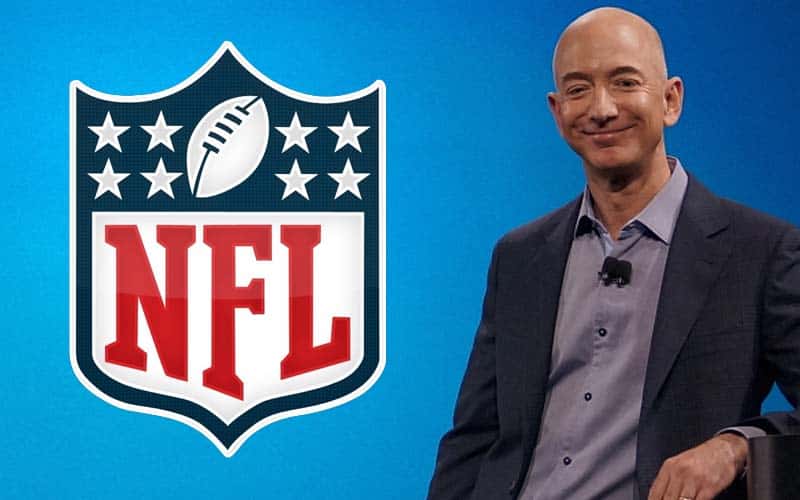 When your net worth of ~$110 billion is more than the GDP of Iceland, Tunisia, Jamaica, and Estonia combined, what more is there to do than buy an American professional sports franchise?

For the last year or so, Jeff Bezos has been linked to the possible purchase of an NFL franchise, particularly Amazon’s hometown Seattle Seahawks. There have also been reports that Bezos has an interest in buying the Washington Redskins.

Either way, the football betting odds at BetOnline predict that the Amazon founder will be an owner by the 2021 season at -130 odds.

Bezos’s name began surfacing last year when Paul Allen, owner of the Seahawks, died after a bout with non-Hodgkins lymphoma. Since Allen’s death in October 2018, the Paul G. Allen Trust has managed the franchise.

The Seahawks are just one Washington-based team allegedly on Bezos’s radar. The Washington Redskins, based in the District of Columbia and not the Pacific Northwest, may be tied to the tech giant, as well.

The owner of the Washington Post, Bezos recently bought a mansion in the DC area and will also be adding an Amazon office in Virginia. There were also reports that Bezos was a close friend of Redskins owner Dan Snyder.

These reports were refuted by a Redskins spokesperson, however.

“The franchise is not for sale and there is no truth behind the suggestion that Bezos could partner with Mr. Snyder on efforts to build a new stadium or buy a stake in the team,” the spokesperson said. “Mr. Snyder hasn’t seen Jeff Bezos in nearly a decade.”

Aside from the Seahawks and Redskins, another possibility for Bezos could be the Miami Dolphins. While the franchise was recently bought by Stephen Ross in 2009, the team’s mediocrity, Ross’s support of Trump, and the fact that Bezos went to high school in Miami could all be factors in a future sale.