How The Golden Knights Took Over The NHL 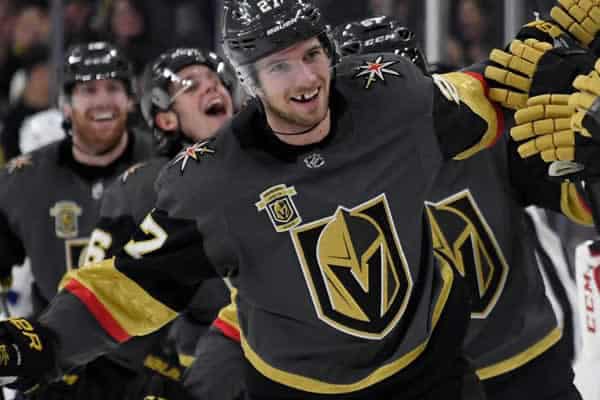 The 2017-2018 Stanley Cup Finals are almost upon us and the Western Conference representation has already been locked up by the Las Vegas Golden Knights. The new expansion team was not expected to do much in their inaugural season but somehow managed to secure the second-best record in the regular season and a Western Conference title. If they win this year’s Stanley Cup, they will repeat a feat that hasn’t been accomplished since the 1995-1996 Colorado Avalanche.

There were several dominos that fell into place to bring the Golden Knights to the point they are now at. Perhaps the most significant of these dominos was the NHL Expansion Draft itself. The Golden Knights were the only expansion team in this year’s Expansion Draft, meaning there was no competition they had to deal with. The Knights also had a full salary cap at their disposal. They had the financial capabilities to lure any player away from their team. They were able to pick an unprotected player from each of the other teams in the league. Most of these players were not only unprotected but determined to leave since their original team didn’t feel they were good enough for protection. That chip on their shoulders was more than enough to push them towards the Knights.

General Manager George McPhee is the true conductor of their success. The savvy GM capitalized on several teams’ cap space situations, allowing the Golden Knights to secure viable players. They poached veteran goalie Marc-Andre Fleury from the Penguins since they were only allowed to protect one goalie. They obtained both Reilly Smith and Jonathan Marchessault from the Florida Panthers. This helped the Panthers make some cap room and gave the Knights 2 useful offensive players. Alex Tuch and Erik Haula were acquired from the Wild, James Neal from the Predators, David Perron from the Blues and William Karlsson from the Blue Jackets. With the additional help provided from Florida and Pennsylvania this Vegas team was given a shot.

When this roster was assembled, not many thought much of it. It looked like a rag-tag group of aged misfits. Questions were raised on how well the team would mesh. This is where Coach Gerard Gallant comes in. Gallant was fired by the Panthers and subsequently picked up by Vegas. He was able to rally this newly formed team and help bring out the best of what were once considered afterthought players.

Fleur is having the best season of his career in terms of both save percentage (.927) and goals-against average (2.24). Smith and Marchessault are both having incredible seasons, making the Panthers look like idiots for getting rid of them. Karlsson came in third place for regular season goals this year. His 43 goals reflect a stark improvement from the 18 he has scored over the previous 3 seasons. Haula and Tuch also had considerable seasons, especially given that Tuch is a rookie. To be fair, it was impossible to see such turnaround seasons coming for most of these players. You have to give credit to McPhee for his vision and Gallant for being able to help these players prove their doubters wrong.

The Golden Knights are 4 games away from taking home the Stanley Cup. If they win, it will be one of the greatest underdog sports stories in history. It will also be quite the announcement to all the other teams in the NHL. Nevada is currently the only state with legal domestic sports betting in place but the Knights prove that sometimes the bookmaker odds set in Vegas can be wrong. This Golden Knights team is serious and ready to give the rest of the league a run for their money.