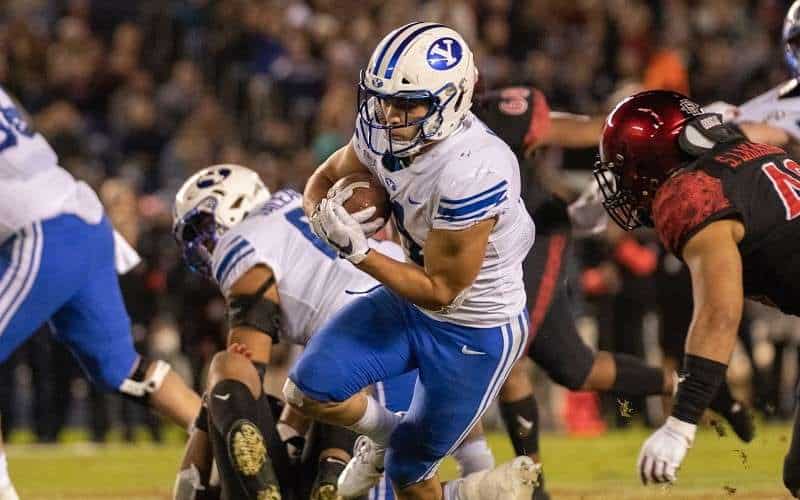 Unless you’re an NBA fan, December 25 isn’t the most exciting day for sports bettors, as there are no football games on Christmas day and hockey’s on hiatus (though nobody bets on the NHL in the first place).

Still, the holiday break isn’t completely devoid of pigskin action, as the collegiate bowl season is here, and there are three more games this week.

For football betting fans, these might not be the biggest or most exciting contests, but they are among the most predictable, which can translate to big bucks if you wager correctly. Of course, bet wrong, and you could wind up with a very costly lump of coal in your stocking.

First things first, on December 24, the Hawaii Bowl kicks off as usual, with the Hawaii Rainbow Warriors making their 749th straight appearance, this time against BYU (who is looking to silence critics or something).

At 5-3 in the Mountain West and 9-5 overall, the Rainbow Warriors finished atop their conference but well out of the major bowls, thus guaranteeing them a spot in their own backyard. BYU finished the season at 7-5, good for second place among the Independents, and is a slight favorite on Christmas Eve. You can catch the Hawaii Bowl live from Aloha Stadium in Honolulu on Tuesday night at 8:00 p.m. EST on ESPN.

On December 26, there are two more bowl games, with the Louisiana Tech Bulldogs taking on the Miami Hurricanes in the Independence Bowl and the Eastern Michigan Eagles hosting the Pittsburgh Panthers in the Quick Lane Bowl. These aren’t the sexiest matchups ever, though they should both be more lopsided than the evenly-matched action of the BYU-Hawaii game.

The Hurricanes, at 4-4 in the ACC and 6-6 overall, didn’t play up to their early ’90s standards, but they’re 6-point favorites against the Bulldogs, who finished the season at 9-3 (albeit in the considerably weaker Conference USA). Fittingly, the Independence Bowl is being contested at Independence Stadium in Shreveport, LA, guaranteeing the underdog Bulldogs a small home-town advantage. Kickoff is at 4:00 p.m. EST on ESPN.

Meanwhile, the Pittsburgh Panthers – who, like the Canes, also went 4-4 in the ACC – bring their 7-5 record to Ford Field in Detroit, where they’ll take on 6-6 Eastern Michigan (3-5 in the Mid-American conference) for whatever the Quick Lane Bowl trophy is called. That game gets underway at 8:00 p.m. EST on ESPN.

Along with the standard lines, each of the above games has upwards of 100 additional wagers available at most legal sports betting sites. First quarter and first half lines are also on hand, as are tons of alternate lines for each contest, though there are no specific player or team props to choose from.

And if none of these matchups strikes your fancy, that’s perfectly understandable. It’s Christmas, after all, and Christmas is for family.

That said, for most Americans, football is family, too.