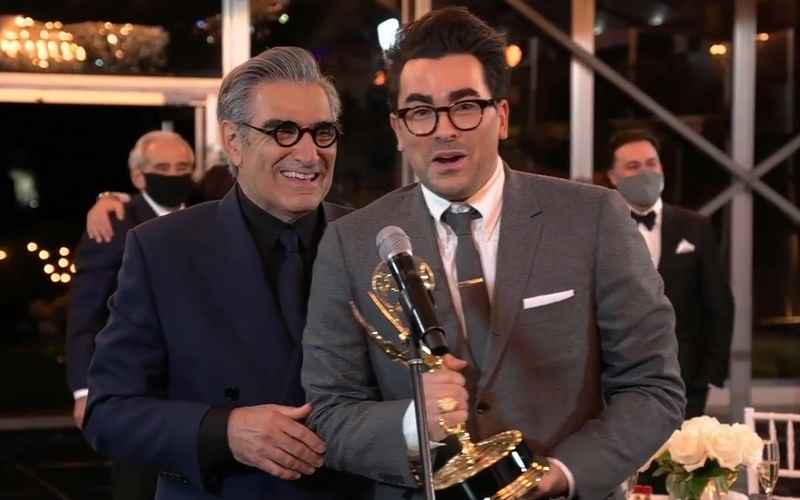 The 2020 Emmy Awards will certainly be a broadcast that is reflected upon for years to come, as its lack of audience and remote participation by the nominees will hopefully be an anomaly that will not be required in future airings.

The ceremony began swimmingly, with host Jimmy Kimmel delivering punchlines and opening remarks to slickly edited in video segments of crowds from previous years. Of course, this was done tongue-in-cheek, with some shots featuring Kimmel himself in the audience.

In show business, there is an old saying that states, “the show must go on,” and go on it did, despite the hardships presented by travel restrictions and COVID-19 related precautions in place.

Conventional wisdom also suggests that when betting on the Emmys, or other similar awards shows, that the winner is often one of the top two options featured in the odds.

Let’s see how that theory panned out for the 2020 Emmy Awards using the following odds that were originally posted by Bovada.

Schitt’s Creek, the Netflix original comedy series that just posted its final season, has been the favorite in the category of Outstanding Comedy Series since the odds debuted a few weeks back. The sixth and final season was the kicker for Schitt’s Creek, as they took home awards for:

Eugene Levy, Katherine O’Hara, and company won every single award that they were nominated for that featured betting action. Although most of the nominees for Creek were featured toward the top of the odds, there was still some decent money to collect by wagering $100 on each contender.

As you can see, If you have confidence in a particular show and its performance, betting across the board can create for a massive payday. Even though Schitt’s Creek was favored to win in most categories, a cash payout of $456.83 could have been earned by wagering on all related nominees.

The biggest money maker of the night was Zendaya and her +2000 odds for her role in HBO’s Euphoria. Zandaya’s victory represents one of the rare occurrences when a nominee featured toward the bottom of the betting odds surprises and takes home the trophy.

This is precisely why entertainment betting can be so profitable. Odds are set using a wide variety of factors and indicators, but ultimately, the winner is entirely decided by the voters and their individual opinions.

Unfortunately, these 2020 Emmy odds will close out the major awards show season until late January of 2021 when ceremonies start popping up that lead to betting on the Golden Globes and the Academy Awards.

Below are the remaining betting odds for the 2020 Emmy Awards with their results in bold. We can’t think of any better tool to use for studying up for betting on the 2021 Emmys.