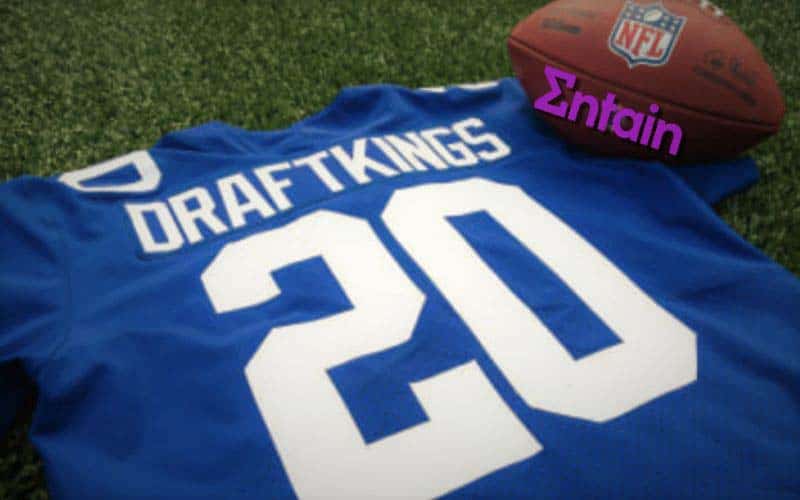 DraftKings has very quickly become one of the largest gaming entities in the United States. This year has been busy for the American sportsbook, as widespread legalization of US sports betting has created a burst of opportunity for expansion.

On Tuesday, news broke of DraftKings’ latest business endeavor. The company has offered to purchase UK sportsbook Entain for $20B, some of which will be in stock holdings. DraftKings’ offer beats out a previous bid of $11B proposed by MGM Resorts earlier this year.

No movement has been made by Entain but its stocks have been soaring in light of the news. DraftKings’ stocks have yet to see a surge, though that may soon change.

This US sportsbook has come quite a long way since its founding in 2012. The group behind DraftKings started as small-time purveyors of daily and weekly fantasy sports.

Within its first two years, the company was boasting several multi-million-dollar investors and up to 1 million registered players. In the years leading up to PASPA’s dissolution, DraftKings made its brand well-known to the American gambling market.

Through branding deals with rising Youtube stars and various sports outlets, DraftKings made themselves a household name long before they became a solidified sportsbook, allowing them to become the first state-licensed digital brand on the market.

Since 2018, DraftKings has hopped on the acquisition trail, buying up US-based gambling entities as quickly as it can. Just a few weeks ago, the company purchased Golden Nugget for $1.6B.

DraftKings’ offer to purchase Entain demonstrates their intentions to become an international gaming conglomerate. However, the deal may be more complicated than expected as the acquisition would include 50% holdings in the BetMGM sportsbook app.

The other 50% of the American sportsbook service is owned by MGM Resorts. Even though MGM Resorts cannot bar the purchase from happening, it must consent to any contract involving its assets in the US.

If Entain chooses to move forward with a DraftKings deal, MGM Resorts will be obliged to involve itself in negotiations. Things could get hairy, but there is a larger picture being painted here.

The recent expansion of US sports betting legislation has brought massive revenue streams to local economies but could have greater consequences than intended.

In 2016, FanDuel and DraftKings sought a merger that led to involvement from the Federal Trade Commission (FTC). The FTC was concerned that the merger was indicative of a monopolization of the American gaming market.

FanDuel and DraftKings quickly pulled out of the merger agreement and have been considered rivals since. Nonetheless, the two have paired up in pursuit of various lawsuits and ballot initiatives to bring their commercial sportsbooks to states with tribal exclusivity.

If DraftKings’ intentions seem unclear, that’s because they are. Expect to keep seeing the company appear in future headlines. DraftKings will continue to grow, that is without question. But will the company grow like a tree or a vine?