Will Harbaugh, Helton, or Taggart be fired by 2020? Odds also favor Meyer making a coaching comeback. 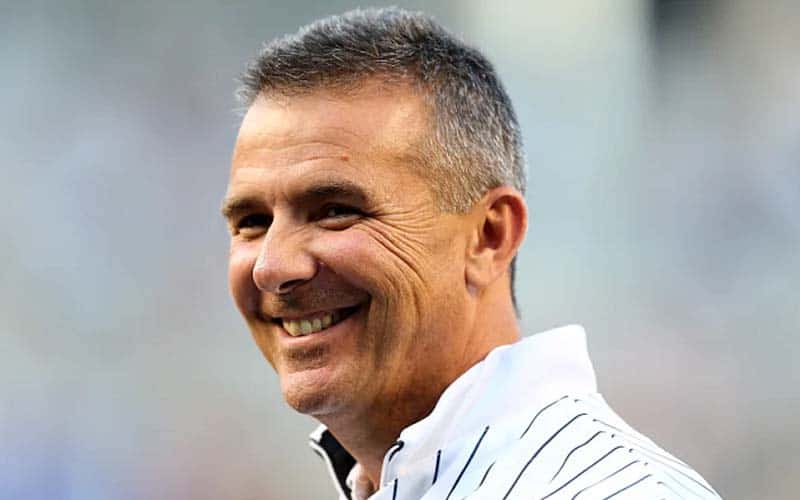 Job security can be hard to come by in any job and college athletics are no exception. According to Business Insider, the average tenure for college football coaches in 3.8 years.

Sometimes, coaches do so well with one college that they leave their current teams for another program. Other times, the school’s football program folds altogether. But all too often, coaches are fired due to a lack of winning.

Unfortunately for the teams here, it’s the latter.

One of the most notable instances of buyer’s remorse is from Florida State. After signing Willie Taggart in December 2017 to replace Jimbo Fisher, the Seminoles had their first losing season since 1976 at 5-7.

This season hasn’t been easier for FSU, currently sitting on a 2-2 record that could have easily been 1-3 if it wasn’t for a missed extra point by Louisiana-Monroe. Fittingly so, the Seminoles don’t even have odds of winning the college football championship this season.

If FSU were to fire Taggart before February 2020, the school would owe him $17 million. This could be the sole reason that Taggart stays in Tallahassee, but oddsmakers at BetOnline think someone will replace him next season.

Dino Babers, current head coach of the Syracuse Orange, is the favorite to take over at Florida State with +250 odds. Oklahoma State head coach Mike Gundy has the second-best chances to be the next FSU coach at +300 odds.

Another coach on the hot seat is Michigan’s Jim Harbaugh. The Wolverine alum took over head coaching duties for the school in 2015. But after a few disappointing seasons, Michigan could be looking to replace Harbaugh.

Will Harbaugh be Michigan’s head coach in Week 1 of 2020?

If Harbaugh is eventually ousted, David Shaw has the best shot of replacing him with +300 odds. Shaw, the current head coach at Stanford, is the Cardinal’s former offensive coordinator when Harbaugh was leading the team between 2007 and 2010.

Speaking of disappointing head coaches, USC’s Clay Helton is another hanging on by a thread. Despite winning a conference title in 2017, the Trojans limped to a 5-7 record in 2018.

Meyer is no stranger to this process. After a successful run with the Florida Gators, including national championships in 2006 and 2008, Meyer retired to work in television before joining Ohio State and winning another national title.

Now that Meyer is working in television again, the Trojans could coerce him out of the booth in hopes that he repeats his heroics with a championship for Southern California.

Adding fuel to the fire, Meyer liked a since-deleted tweet linking him to USC.

“And Urban Meyer is thinking now I will have a quarterback to work with,” Carl Balch posted Saturday night.

But there’s a good chance Meyer won’t go to USC, but that doesn’t mean he won’t go somewhere else.

BetOnline gives Meyer -300 odds of coaching somewhere in college football by the first week of 2020. It should be noted that of the other two possible vacancies discussed here, FSU and Michigan, Meyer also has odds to coach at those.