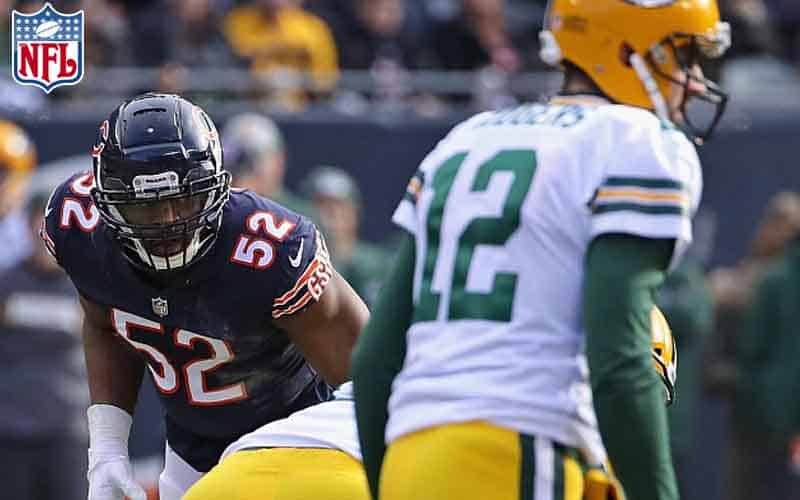 The first regular-season game of the 2019 NFL betting season begins when the Green Bay Packers travel to Chicago to take on the Bears at Soldier Field tomorrow night.

Chicago hopes to ride the success from last season into 2019. After going 12-4 and snagging the NFC North title in 2018, MyBookie lists the Bears as a 3 point favorite over Green Bay to open this season. The over/under for the game sits at 46.5 total points.

Chicago was the best team against the spread last season at 12-5. Their 70.6% rate of covering eclipses Green Bay’s 6-9-1 ATS record—only covering 40% of their games from both the 2018 regular season and playoffs.

For the Bears, the game’s outcome could come down to third-year quarterback Mitchell Trubisky. After throwing 24 touchdowns and 12 interceptions last season, Trubisky will be expected to lead a team who are among the teams with the best odds to win the Super Bowl.

Despite the questions surrounding Trubisky, the other side of the ball leaves nothing unanswered. This time last year, the Bears were trading with the Oakland Raiders for OLB Khalil Mack. The acquisition helped the team become the third-ranked defense in the league.

In the 2019 offseason, the team got even better on defense. After signing S Ha Ha Clinton-Dix and CB Buster Skrine to bolster the secondary and OL Ted Larsen to aid the front seven, the team could have another top 3 defense in 2019.

The Bears’ first defensive challenge comes against two-time MVP QB Aaron Rodgers.  It was in the first game of last season against the Bears where Rodgers suffered a “very painful” tibial plateau fracture and sprained MCL in his left knee.

Despite playing all 16 games last year, Rodgers’s play was plagued by his injuries, and his stats showed it. While throwing for over 4,000 yards and 25 TDs is still impressive, the Packers quarterback could only lead the team to a 6-9-1 season.

Aside from coming off a serious injury, the 35-year-old QB is about to begin his first year under new head coach Matt LaFleur. After firing former head coach Mike McCarthy in December, the team hired LaFleur in January.

To watch the game, tune in to NBC tomorrow night at 8:20 pm ET. The game will also be available to stream through NBCSports.com and NFL Game Pass.