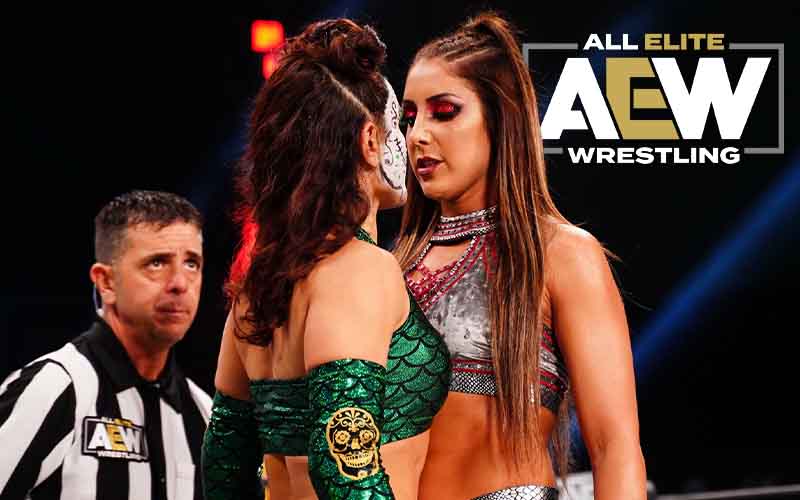 This Sunday night in Orlando, Florida’s Addition Financial Arena, All-Elite Wrestling’s third annual Revolution pay-per-view event will go down featuring several intriguing angles that are not likely to be wrapped up this weekend no matter the outcome.

The odds posted at pro wrestling betting sites are all-in on Thunder Rosa, suggesting that she will defeat current AEW Women’s Champion, Britt Baker, D.M.D., and climb to the top of the ladder in the female ranks.

Thunder Rosa is so heavily favored that it will take a wager of $2.25 just to earn a dollar on her AEW Revolution odds.

If you think that the entertainment prop bets that suggest Thunder Rosa will win at Revolution are hogwash, then you should lay some action on Britt Baker to retain because net gains of $1.5o can be earned on each dollar wagered.

The AEW World Heavyweight Championship is also on the line as “Hangman” Adam Page puts up his strap against Adam Cole (Bay Bay) in an angle that seems to be thrown together in a rush.

While Page is over with the AEW faithful, his championship run has not been spectacular as he appears to shrink while the company’s spotlight shines on him.

Adam Cole is also a fan favorite, and could perhaps be gearing up for a title reign. While not a likely or reasonable outcome at this juncture, the belt will come off of Page sooner than later, and it seems like an odd time to hang a loss on Cole.

The continuing saga of Maxwell Jacob Friedman and CM Punk enters a new chapter this Sunday as the two of them will compete with a chain connecting them at the neck with a dog collar.

Dog collar matches are always bloody affairs, and with the level of dedication that these two performers maintain, this could be one for the history books that can be filed alongside the classic standard set when Roddy Piper and Greg “The Hammer” Valentine fought at Starrcade ’83.

MJF is projected to lose to CM Punk, bringing their all-time record to one win each. That’ll set things up nicely for a rubber match where they can settle it once and for all, but that’s normally what a dog collar match is supposed to achieve.

How can Punk and MJF top this for the third battle? A scaffold match?

There’s little room to increase the intensity for a third go-round so that could be an indicator of a second MJF win, especially considering his oddball face turn from last week’s episode of Dynamite.

Entertainment betting sites are accepting wagers now on 2022 Revolution odds, but gamblers should maybe hold off until the go-home edition of Dynamite airs this Wednesday night on TBS to gain further insight into how the PPV will play out.