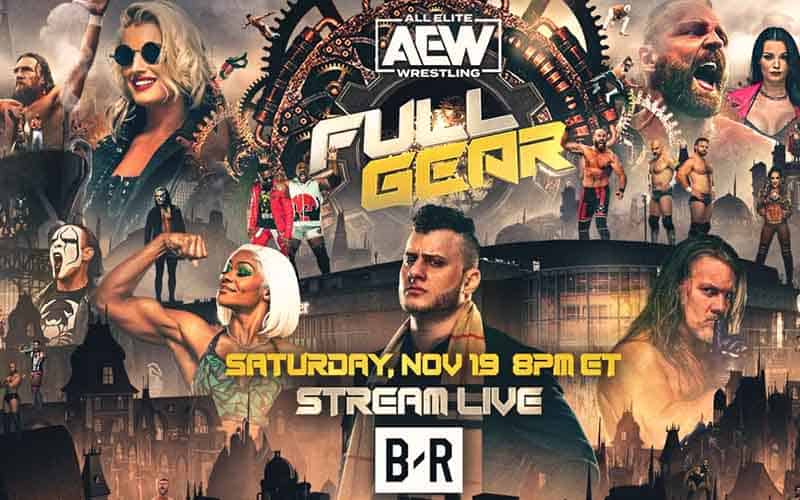 There has been a line posted at online sportsbooks for months suggesting that MJF (Maxwell Jacob Friedman) will capture the AEW Heavyweight Championship before December 31, 2022.

Professional wrestling betting sites have weighed in with lines on each match on the card and feature MJF as a massive favorite over Moxley.

MJF’s -700 moneyline will require a $7 wager just to net a dollar in profit on him winning the championship from Moxley. MJF’s odds of winning roughly translate to an 88% chance of victory.

Friedman has been known as a top draw to AEW fans since the promotion began in 2019. MJF is so over with AEW audiences that he does not require a championship to remain on top.

Now, AEW CEO and owner Tony Khan seems to be moving forward with MJF’s elevation to the #1 overall spot in the company, which is mostly due to the aftermath of their last pay-per-view in September, All Out.

Moxley dropped the strap to CM Punk in the main event of All Out, but the resulting press scrum and locker room fight that occurred created a scenario where a new champion needed to be crowned.

An AEW Championship tournament was then held, which is how Moxley reattained the title, but now he seems like a placeholder while the company built up to Full Gear to usher in the MJF era.

The betting sites that we include in our list of online sportsbook reviews have posted lines for a return match for former-WWE Superstar Paige, who now goes by her real name of Saraya.

The moneyline odds for Saraya and Britt Baker are identical to those offered for MJF vs. Moxley. However, this match is much less likely to involve a swerve, as there would be little reason for Saraya to lose her return match.

Again, it would require a $7 wager on Saraya’s odds to earn a buck, but in this case, it is a safer bet than laying some action on MJF.

Online entertainment sportsbooks have produced clear favorites for all Full Gear matches except for the following line for the AEW Women’s Championship between title-holder Toni Storm and challenger Jamie Hayter.

Both wrestlers are featured in the negative, with Storm holding a minimal advantage of 20 points in the moneyline odds to win.

Hayter has existed in Britt Baker’s shadow since joining AEW, but her in-ring talent has placed her as one of the best female wrestlers in the company.

There is also an intriguing storyline to be had by a Hayter championship, as Baker’s jealousy will certainly be a factor if Jamie wins the title.

Below are the remaining Full Gear betting lines that are currently on the boards. If you aren’t certain about where you want to lay your action, take advantage of the live betting options that remain in play after Full Gear begins.