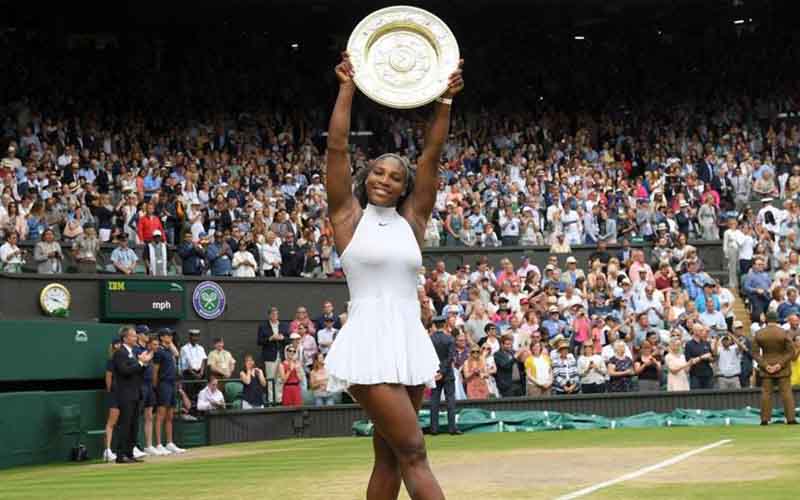 Wimbledon is the most time-honored and traditional professional tennis tournament still in existence on the planet. Played on grass courts just outside of London, England, the two-week-long tourney serves as the Super Bowl of the pro tennis tour, with many players eyeballing the title as their most desired and coveted.

The grass playing surface at Wimbledon slows down the speed of the ball considerably after the bounce, allowing for older, slower players to catch up to the action quicker than they would on clay or concrete.

Serena Williams, despite being ranked north of 1,000 in the world at the moment, is among the top female players in the odds for betting on Wimbledon this year.

A win at Wimbledon would be Serena’s 24th grand slam title which would finally grant her some separation from her nearest competitor, Stefi Graf, who has 22 wins all time.

Williams’ advanced age has not slowed down her powerful serve which enables her to cause opposing players to retreat while also granting her the time to recover in advance of their return.

Even though Serena is already the most decorated female athlete in the history of professional tennis, she still has yet to claim the most Wimbledon titles. That honor goes to Martina Navratilova who holds 9 Wimbledon trophies, 2 more than Williams and Graf who are tied at 7 each.

Most Women’s Titles At Wimbledon

Tennis betting sites are offering astronomical odds on a Williams win. Her +1500 moneyline will deliver net payouts of $15 per each dollar wagered if she hoists the trophy at the end of the fortnight-long tournament.

The Men’s ranks also include the opportunity for a couple of players to set all-time marks for Wimbledon as well as overall grand slam victory totals.

Both Novak Djokovic and Rafael Nadal are chasing history and continue to do so after their battle in the 2022 French Open quarterfinals just a few weeks back.

Nadal’s 2022 French Open victory extended his record to 14 total wins on clay, and also catapulted him to the most all-time grand slam wins at 22 – 2 ahead of Djokovic.

Novak is favored to win his 7th Wimbledon title in 2022 which will place him in a 2-way tie for second place with Pete Sampras, and one behind Roger Federer who is still active on the tour.

Online tennis gamblers looking to shop the lines for the best sportsbook payouts are in for some tough sledding right now. The above Wimbledon futures were provided by MyBookie Sportsbook, but for some reason, other books have been coy in regard to unleashing their tennis odds.

Still, MyBookie has enough tennis betting lines on the boards to offer up decent variance until other sports betting sites get their act together and produce some 2022 Wimbledon odds and match lines.