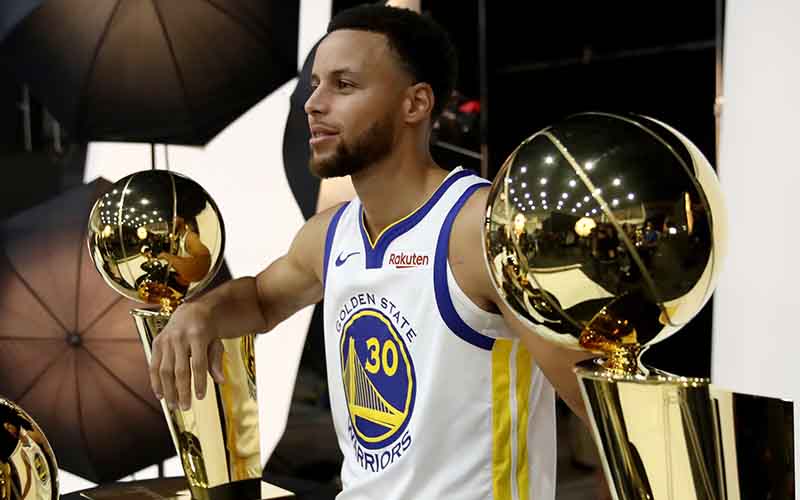 The 2022 NBA Finals begin tonight at 9:00 PM when the Boston Celtics travel to face the favored Golden State Warriors in Game 1.

The Celtics have not won a title since 2008 when the Big 3 of Kevin Garnett, Paul Pierce, and Ray Allen led them to a victory over the LA Lakers in 6 games. The Warriors’ last NBA Championship was captured in 2018 when they ousted the LeBron James-led Cleveland Cavaliers in a 4 game sweep.

Stephen Curry and the Warriors are favored at NBA Finals betting sites to take Game 1 as well as the entire series, but the Celtics feature moneylines that are close to even, indicating a highly competitive best-of-seven contest.

There are odds for NBA betting that allow for simple wagers on which team will be the first to reach four wins, and as you can see, the Warriors aren’t holding a dominant advantage.

While some bettors may be seeking out simplicity, the above NBA series prices do not award very well for correctly selecting the winner. Gamblers that can correctly select the exact winner and the number of games can secure at least 3-to-1 net payouts on the following NBA Finals prop bet.

The most probable outcome of the 2022 NBA Finals, according to the above betting line, is a Warriors win in six games – and even that will deliver a $3.65 net win on a one-dollar wager.

If basketball gamblers are looking for more betting intrigue for tonight’s game, Bovada has over 250 unique prop bets available for tonight’s Game 1 alone.

Taking action now are point spreads and moneylines for point tallies after each quarter of play, player to score the first basket, what type of basket will result in the first score (free throw, 3-pointer, dunk, etc.), which players will score a double-double, and much more.

The profit potential escalates significantly when combining any available odds for NBA Playoff betting into a parlay.  No matter what two (or more) occurrences are paired together into the same wager, if all of them are winners, gamblers will be rewarded handsomely.

Most of the online sportsbooks that have earned our highest rankings feature prop builder apps that can compile NBA parlay bets easily, and they also calculate the updated odds and payouts in a handy calculator.

These online NBA sportsbook sites also accept requested specials for any props that their members come up with that aren’t currently offered on the betting boards.

Once the online betting site accepts the proposed wager, the odds will then appear in the “requested specials” section for other members to exploit.

Here is an example of a prop parlay that was requested by a member of Bovada that has been reposted for all to enjoy.

If pregame betting on the NBA Finals is not an option, not to worry. Our top NBA betting sites also feature live, in-game odds that allow for wagers to be placed from tipoff all the way through the fourth quarter. Good luck!