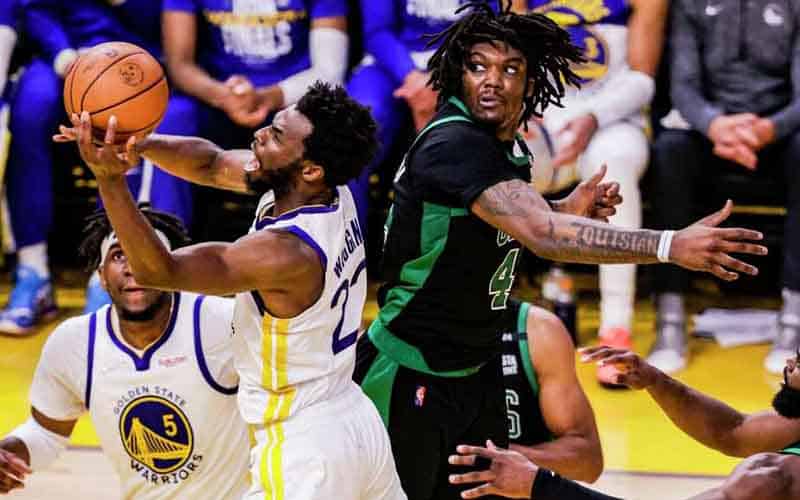 The Golden State Warriors won a closely contested Game 5 of the 2022 NBA Finals against the Boston Celtics last night by pulling away in the fourth quarter.

Stephen Curry has led the way for the Warriors in the Finals thus far but last night’s high scorer was Andrew Wiggins with 26 points, proving that Golden State is not a one-man show on offense.

The Warriors lost Game 1 at home to Boston but have now reestablished homecourt advantage, requiring only one victory in Chase Arena to secure a 2022 NBA Championship.

Of course, the Boston Celtics will need to win this Thursday in TD Garden Arena to force a Game 7, and NBA Finals betting sites are suggesting that will happen.

Online NBA sportsbooks are also providing additional angles for betting on in-game results with over/under totals on all significant players for the Celtics and Warriors.

Here are the lines that are currently set for individual player performances for total points scored in Game 6 of the NBA Finals where payouts can be earned by selecting which side the final tally will fall on.

Stephen Curry and Jayson Tatum are projected to be the high scorers for Golden State and Boston, respectively, but all that is required to win payouts on the above betting options is to correctly choose if each player finishes with a total above or below the line set by NBA oddsmakers.

For basketball gamblers that want to bet on a baller dropping a big game on Thursday night, the following NBA props for double-doubles and triple-doubles can earn high-dollar payouts for those that lay action now.

Player To Record a Double-Double

If any of the above NBA players achieve double-digit statistics in two or more categories within the realm of points, rebounds, assists, steals, or blocks, gamblers have the opportunity to at least double their money on any option currently placed on the boards.

Player To Record a Triple-Double

Significant paydays are up for grabs in the above NBA Finals prop bet asking if any of the above players will drop a triple-double in Game 6.

Despite what Thursday night’s Game 6 point spread suggests, the Warriors could wrap up the NBA Finals in Boston so don’t hesitate if you want to partake in NBA Playoffs betting before the postseason ends.

If needed, Game 7 of the NBA Finals will take place on Sunday, June 19th in San Francisco.