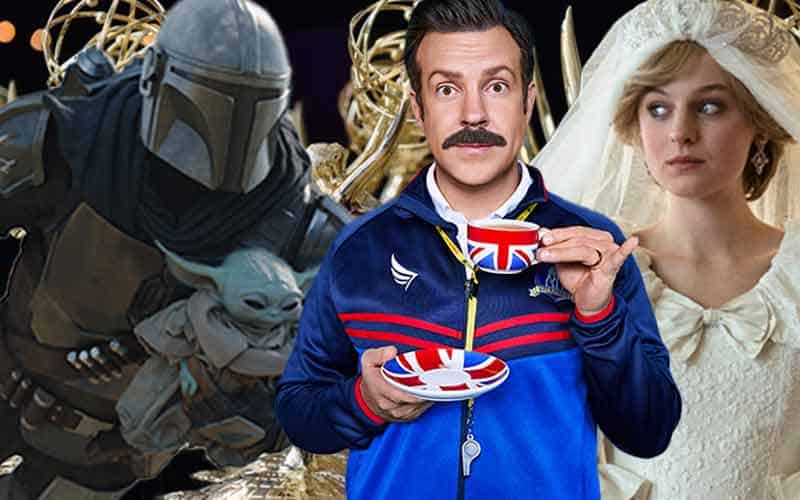 We often advise online bettors to shop the odds to find the most advantageous payouts possible at sportsbook sites, but the lines that have been offered thus far for the 2021 Prime Time Emmy Awards have produced much more variance than our staff has seen in the past.

Emmy Awards sportsbook sites often play it safe when producing betting odds for awards show season, often aligning themselves across the board with not much variance in the lines between them.

That’s not the case for the entertainment prop bets posted for the 2021 Emmy Awards, as the variance between each online sportsbook site offers massive payout differentials for the exact same outcome.

For example, have a look at the below Emmy odds for Best Drama Series in 2021.

While Netflix’s The Crown is favored to win at all three entertainment sportsbook sites, the best payout can be had at Bovada, and it is not even close. A $100 wager on The Crown to win the Emmy Award for Outstanding Drama Series will reward bettors $33, $8, and $10 across the three online sportsbooks listed above respectively.

Bovada is predicting that Disney+’s Star Wars drama series, The Mandalorian, is the second-most likely production to win the Emmy, but BetOnline and MyBookie’s oddsmakers do not share that same level of confidence.

For Emmy bettors that are confident that The Mandalorian will receive the hardware, we recommend doing business with MyBookie. To illustrate our rationale, $1 wagers on The Mandalorian to win the Emmy will win $4 at Bovada, $14 at BetOnline, and $15 at MyBookie.

Apple TV’s original comedy series, Ted Lasso, is heavily favored to win the Emmy Award, but once again, the odds fluctuate across each sportsbook site. The best payout on Ted Lasso is currently at Bovada.

While other Emmy nominated television comedy series feature odds that differ, Ted Lasso’s chances are peculiar in that it is the clear favorite al all books. The moneylines range between an 800 and 2500 point separation, yet still, line shopping for the best payouts can still yield massive results.

The above Emmy betting odds for Best Limited Series are much tighter than the lines for comedy and drama, with the moneyline differential between first and second place ranging between 30 to 700 points.

A dark horse contender, at least according to BetOnline and MyBookie, is I May Destroy You produced by HBO. While Bovada has them as a distant 4th place, the other two books feature I May Destroy You in a tight race for second.

Any bets on I May Destroy You should be placed at Bovada as the +900 odds will payout at 9-to-1, but lay some action now because the lines are likely to close b the time the Emmy Awards air on CBS at 8 PM on September 19th.