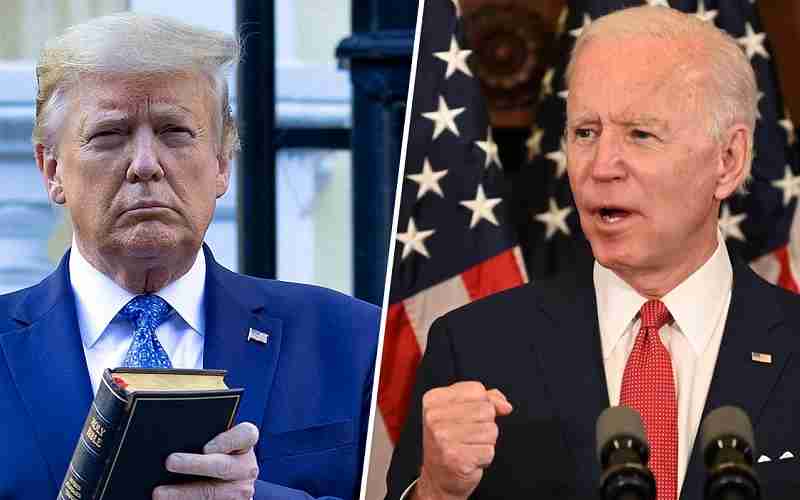 Political betting sites have produced a bevy of odds for the first debate, and it appears that a couple of the lines have already received enough action to remove the odds from the board.

BetOnline is the latest political sportsbook site to jump in the fray with some fresh political prop bets on tomorrow night’s debate, and each line featured in this article has been taken from their boards.

You can stay woke and make it rain earning some extra bank on Biden banging the Donald on his tax record. Or you can prove that all those left-wingers are full of it when you bet on Trump to keep his erroneous data mentions to a minimum and you take it to the bank with a hefty cash payday.

How many non-facts will Biden say?

How many non-facts will Trump say?

Which topic will be debated first?

If you notice, the above odds for Trump stating over 5.5 non-facts, and Trump and Biden’s records being debated first, have been locked*. BetOnline is no longer taking action on those odds until they either adjust the line or remove the line altogether.

This is most likely because these two options received such heavy action that the book needs to now decide to either adjust the odds to balance the betting, or to remove the line to curb their potential losses.

We’re guessing the odds on Trump and Biden’s record being discussed first are too appetizing because of a recent report from the New York Times that details the last several years of Trump’s tax records.

Bettors from both sides of the aisle couldn’t help themselves from getting in on that tasty money line wager and tilting the machine, if you will. Keep checking back at BetOnline to see if the odds reappear.

*Edit: As of 5:30 PM the locked odds have re-appeared and have been updated above.

Biden’s odds imply that he is a pretty honest guy, with between zero and two overall inaccuracies stated by him on the debate stage being predicted.

It’s a sad state of affairs in the United States when whether or not someone is wearing a facemask as a form of COVID-19 protection can identify which political party they belong to, but that does seem to be the case as the Coronavirus continues to rear its ugly head across the country.

Have a look at the following two lines and you’ll see what we mean. Confident bettors can lay $100 on Trump to wear a mask as he approaches the podium on the first debate, and if they are correct, they’ll be rewarded $300 in spending cash.

Will Biden walk to the podium wearing a mask?

Will Trump walk to the podium wearing a mask?

If you want to hedge your bets and wager on the field, the following three betting lines feature action that can be laid on either speaker mentioning a particular topic first. There are so many to choose from in this wild pre-election climate that any and all of these words or phrases could be uttered within the first few minutes.

The fun doesn’t end there. There are several more betting lines on what the 2020 Presidential Candidates will say at the first debate tomorrow night. There’s no live betting on this event, so be sure to get in your bets before the debate begins at 9 PM EDT.

How many times will Biden say 750?

What will Biden say first?

What will Trump say first?

What will Trump say first?

Who will take the first drink of water?

Will Biden or Trump curse?

Will Biden or Trump refuse to answer a question?