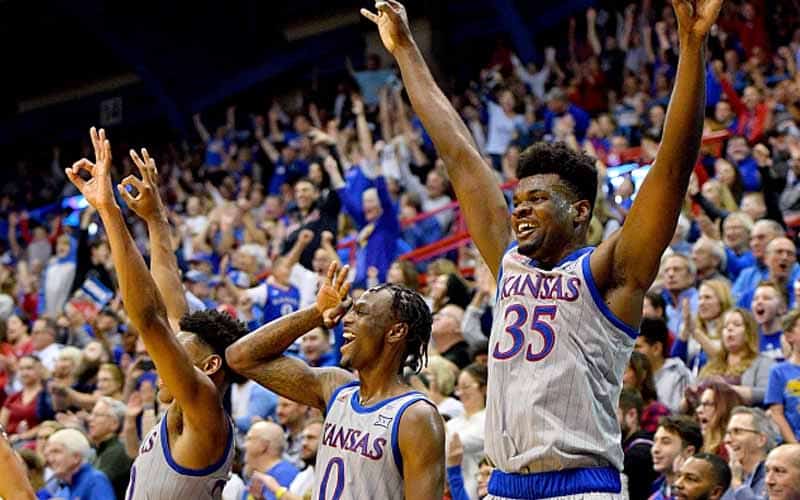 It’s never too early for college basketball predictions, especially when March Madness is only a few months away. As of right now, the Kansas Jayhawks (+800) are the NCAAB favorites, followed by the Duke Blue Devils (+1000), Gonzaga Bulldogs (+1000), and Ohio State Buckeyes (+1000).

For the last Associated Press poll of the year, Gonzaga is the top-ranked basketball team, with Duke second and Kansas in at third. The rankings coincide with the top-three in odds, albeit in a different order.

A true Blue Chip program, Kansas has three basketball championships from 1952, 1988, and 2008 while earning runner-up status in six other tournaments. The team is currently 10-2 with their only losses coming from Duke and Villanova– both top ten teams.

According to head coach Bill Self, he believes the team is better on defense than they are on offense.

“If I were to pick right now I think we’re better defensively than we are offensively. I’d rather be one up with them having the ball,” Self said of his #3 Jayhawks.

Gonzaga, while not the high-profile basketball school that Kansas is, has done well for themselves over the last couple of decades. However, their one and only appearance in the championship game came in a 2017 loss to North Carolina.

Nevertheless, the Zags have held onto the nation’s top spot for the past two weeks, earning 63-our-of-65 votes this weekend.

Duke, the team in second in the AP poll and the championship odds, is looking to add a sixth championship to their resume. The Blue Devils are currently 11-1 and will not face a ranked opponent until their January 18 matchup with ACC-rival Louisville.

For a full breakdown of the college basketball betting odds, a list is provided below.