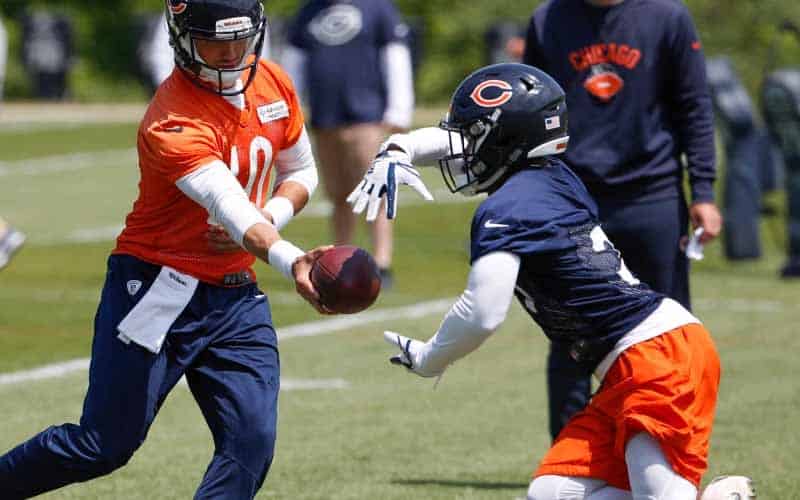 The NFC North is slated to be one of the toughest divisional battles in the upcoming season. Each team in the division— the Bears, Packers, Vikings, and Lions— feature a franchise-level quarterback coupled with strong defenses.

The Chicago Bears ran away with the NFC North title last season, finishing 12-4. To put the Windy City’s dominance into perspective, the Minnesota Vikings were second in the division at 8-7-1.

Coming into the 2019 season, the Bears are the favorite to win the division, but just barely. The Green Bay Packers, led by two-time MVP Aaron Rodgers and new head coach Matt LaFleur. Following their 6-9-1 season in 2018, the former Super Bowl champions will look to capitalize on their veteran leadership to contend for the NFC North title.

Even the Vikings, picked to finish third in the division, still have a great chance to win the division, based on odds via Bovada. Historically, the Packers have had the most success amongst teams in the division, but the Bears owned the NFC North last season. However, it’s a new season, and the title is up for grabs in 2019.

Chicago takes the saying “defense wins championships” to heart. The 2018 trade for OLB Khalil Mack revved up the team last year. Now, in the words of S Eddie Jackson, “Our goal right now for defense is to be number one across the board.”

However, statistics show that defenses that lead the league in major categories take a dip in production the next year. If this is the case for Chicago, the team’s offense could carry the burden. QB Mitch Trubisky has progressed well under head coach Matt Nagy’s offensive style. The receiving core has stayed the same, and, minus the traded Jordan Howard, the running backs have, too.

Barring a slide backward, the Bears can claim a second straight NFC North title in 2019.

LaFleur takes over for the Packers after Green Bay suffered a 6-9-1 record last season, costing Mike McCarthy his head coaching job in December 2018. McCarthy wasn’t the only member of the team underperforming; Rodgers suffered from lack of production as well.

Dealing with a tibial plateau fracture and a sprained MCL throughout the season, Rodgers only completed 62.3% of his passes and took 49 sacks, both among the worst of his career. But with star WR Davante Adams and RB Aaron Jones, the LaFleur-Rodgers relationship can bear statistical boosts that have been missing the past couple years in Green Bay.

The Packers have added many new faces to the defense. The team signed OLBs Za’Darius Smith and Preston Smith and S Adrian Amos while also drafting OLB Rashan Gary and S Darnell Savage with the 12th and 21st picks, respectively, in the 2019 NFL Draft. The team is young and strong, something that will be a key point for defensive coordinator Mike Pettine.

The Vikings signed QB Kirk Cousins to a three-year $84 million contract in the 2018 offseason, then subsequently missed the postseason that year. Coming into Cousins’s second season, the team hopes to turn things around in 2019.

Minnesota enters the season with an elite receiving duo in Stefon Diggs and Adam Thielen, who combined for 18 touchdowns last year, to help Cousins throughout the season. RB Dalvin Cook should also see heavy offensive touches, assuming he doesn’t face any setbacks stemming from his 2018 hamstring injury, especially if the offense shifts to a more run-based attack with Gary Kubiak joining the coaching staff as the assistant head coach.

With production on both sides of the ball, it’s no surprise why the Vikings have such good odds to take the division in 2019.

In recent history, the Lions have not been the face of good football. After finishing last season with a 6-10 record, the team has the worst odds to win the NFC North.

QB Matthew Stanford needs to get better in order to lead Detroit to the playoffs in 2019. While the former number one overall pick has had huge seasons in the past, it has rarely resulted in postseason runs for the Lions. In the 2018 season, Stafford only threw for 3,777 yards and 21 touchdowns, his lowest totals since 2013. With new offensive coordinator Darrell Bevell, there could be a boost the quarterback’s stats.

To increase defensive production, Detroit handed out their largest free agency contract ever to DE Trey Flowers this offseason, although he has just been placed on the PUP list. Flowers previously played for head coach Matt Patricia in New England when he was their defensive coordinator. Coupled with LB Devon Kennard, the Detroit defense could be a bright spot for the team.

However, it’s unclear if a bright future with Patricia leading the Lions is in the cards. His 1996 sexual assault allegation, curse-laden tirades during practice, and showing up late for news conferences shows a lack of leadership that players could emulate. So far it appears the team and the GM are sticking by him, but for how long will be determined by the number of games he can win.