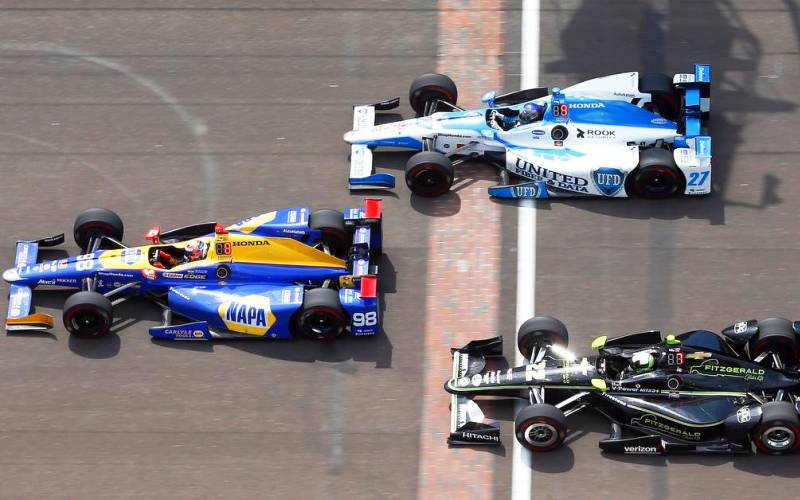 The 103rd Indianapolis 500 is this Sunday and betting odds have been posted for who is most likely to win “The Greatest Spectacle in Racing” and, in turn, earn the right to drink from the famous bottle of milk.

Heading into Memorial Day weekend there is a four-way tie among the favorites to most likely cross “The Yard of Bricks” finish line and take home the checkered flag.

2018 Indy 500 winner Will Power is listed at the top alongside Alexander Rossi and Josef Newgarden. Simon Pagenaud rounds out the top four drivers who are most likely to win the race and won the pole position last Sunday for Team Penske.

However, the 2.5-mile track at Indianapolis Motor Speedway — also known as “The Brickyard” — may be subject to a weather delay. According to IndyStar, the National Weather Service is calling for a 50% chance of rain and with a possibility for thunderstorms at approximately 2:00 p.m. ET on Sunday, May 26.

IndyCar drivers must complete 101 laps before a race is considered official, according to the official IndyCar Series rulebook. If fewer than 101 laps are run, then the race will resume on the next dry day.

The 2019 race will be televised on NBC for the first time after being broadcast by ABC since 1965. Former NASCAR driver Dale Earnhardt Jr. will be the pace car driver.

Last Back To Back Winner