Who will win the 2019 Fortnite World Cup Finals? Solo/Duo odds and everything you need to know. 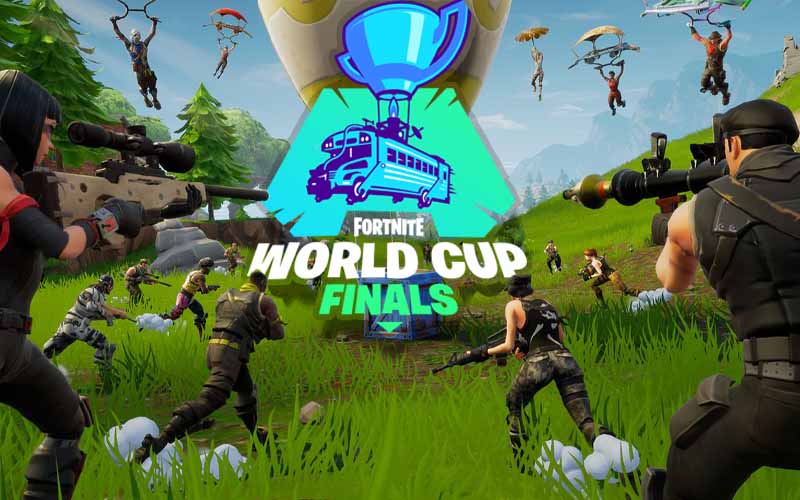 Who will be the last one standing?

The 2019 Fortnite World Cups Finals are just around the corner and odds have been released for the players and teams competing for the jaw-dropping $30 million prize pool provided by developer Epic Games.

Below you’ll find everything you need to know — including player/team chances of winning, eSports betting odds, where to watch, the schedule, and much more — leading up to one of the most exciting esports extravaganzas ever!

For the Solo tournament, Tfue opens as the favorite with +1350 ($100 bet wins $1350) odds to be the last one standing. The betting odds indicate that he has approximately a 6.9% chance of winning it all when converting to an implied probability.

But just how good is Tfue? Well, I’ll let you be the judge of that:

However, Tfue is far from a clear favorite, according to the oddsmakers.

Oddsmakers predict the competition to be even tighter in the Duo category and have opened Tschinken/Stompy and Benjyfishy/MrSavageM as the co-favorites at +800 (11.11%) to take home the title of best Fortnite team.

Here you can find the Solo/Duo betting odds for the players/teams with the best chance of winning the Fortnite World Cup. The odds below can be found in the esports futures section at Bovada Sportsbook.

The professional gamer and Twitch streamer Tyler “Ninja” Blevins launched himself into the mainstream media’s attention back in 2018 when he played Fortnite with Drake on stream.

Today, Ninja is arguably the most well-known Fortnite player in the world. He’s even been featured on the cover of ESPN The Magazine and even appeared in a Super Bowl LIII ad to celebrate the upcoming 100th season of the NFL.

However, Ninja failed to make the top 100 for the 2019 Fortnite World Cup Finals after coming up just short during the Week 6 qualifiers.

But don’t feel too bad for Ninja. After all, he’s lived every kid’s dream and has made more money from playing a game than pretty much anyone else.

In fact, we have exclusive, never-before-seen footage of his reaction immediately after realizing he wouldn’t be making the trip to the Finals:

Wait, what is Fortnite?

First off, let’s quickly recap what Fortnite actually is for the noobs out there.

For those of you who have been living under a rock — or camping in a bush — for the past two years, Fortnite is the most popular video game on the planet with over 250 million registered players worldwide.

The game falls into the “battle royale” genre, where you and 99 other players (duo: you and a partner versus 49 other teams) skydive off the Battle Bus and parachute onto an island where the goal is simple: Be the last one standing.

Weapons and items, along with the resources to build forts quickly for protection, are randomly (praise RNG!) scattered across the map to help you accomplish that goal.

Players also have to contend with the “The Storm” during a match, which is designed to keep players moving and shrink the playing field the longer a game lasts.

If you’re inside the electric circle — a.k.a. the eye of the storm — then you’re in the safe zone and have nothing to worry about. But players caught outside the circle will take damage over time and eventually be killed.

The Storm starts quite large but begins to progressively shrink over dwindling intervals of time until there is no longer a safe zone. Though, matches typically end before that happens.

And if you’re curious to see what all the Fortnite fuss is about, then give it a try (especially since you should never bet money on something you know nothing about).  It’s free to play, and you can play it on pretty much everything — computer, console, or smartphone — that isn’t your toaster or refrigerator.

Where can I watch the 2019 Fortnite World Cup Finals?

The 2019 Fortnite World Cup Finals are scheduled to take place on July 26-28 at Arthur Ashe Stadium in New York City.

Tickets are sold out, so watching the tournament in-person is impossible unless you were one of those early birds that got the worm.

Fortunately, Epic Games will be streaming the entire tournament on its official Youtube and Twitch channels. Links for both can be found below along with the complete schedule for the three-day event.

In a little over a fortnight (fun fact: a “fortnight” is two weeks), the top 100 Solo players and the best 50 Duo teams that advanced past the qualifiers will gather in New York City, jump off the Battle Bus and fight to be the last one standing in the first-ever Fortnite World Cup.

All competitors who advanced to “Stage Two” — a.k.a. the Finals — for either or both the Solo/Duo tournaments will follow fairly similar formats. Here’s a breakdown of how things will play out along with a schedule for the entire event, so you don’t miss a moment of the action.

And lastly, the $30 million prize pool for the 2019 Fortnite World Cup Finals will be distributed to all participants based on leaderboard point placement after 6 completed matches. The Solo winner will take home $3 million while the Duo champs will split the same amount and walk away with $1.5 million each.

Regardless of placement, everyone that qualified is walking away with a minimum of $50K. The following is how the $30 million prize pool will be awarded to Solo/Duo participants at the end of the 2019 Fortnite World Cup Finals.