Why legalizing online sports betting and marijuana are musts in America 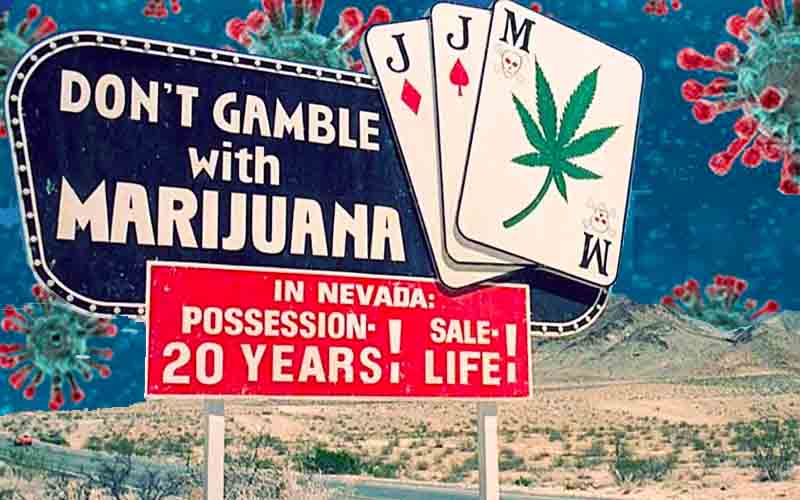 Since America’s founding, the “power that be” and the written word of law have continued to guide the masses on what they can and can’t do legally on the soil, which is protected under the United States constitution.

America’s criminal justice system “mostly” gets things right, but the legalization of sports betting, like marijuana and other “controversial” issues, has been a slow burn — to smoke it lightly.

For people betting online legally during quarantine or participating in today’s unofficial official national holiday of weed use, the case for responsible and recreational use of both has never been stronger.

However, even though polls for recreational marijuana and sports betting have seen support shoot through the roof in even the most conservative of states, a majority of lawmakers at the federal level appear unwilling to puff and pass legislation as states bungle things per usual.

Similar to the ongoing battle over cannabis control for medicinal and personal use continuing to be waged, the disparity between legal sports betting states and jurisdictions without continues to be unjust by its most base definition of “not based on or behaving according to what is morally right and fair.”

The laws within a state cannot prohibit anyone from smoking marijuana or using online sportsbooks and betting apps as of April 20, 2020.

If we agree on the premise that some states have legalized and decriminalized sports betting, then how can other states legally try to prosecute an individual for wrongdoing, whether it be online gambling or lighting up a joint in the comfort of their own quarantine?

Fortunately, no person has ever been charged during the federal sports betting prohibition when gambling money offshore or in another country. But if you’re running a bookie in a back alley, then you will undoubtedly face the blunt force of the unjust US criminal justice system.

On the other hand, victims who’ve fallen through the cracks via marijuana arrests continue to have their lives ruined in some states as others in America can now plant and even sell from their own dank garden without so much as a peep from the po-po.

As Dr. Martin Luther King famously wrote in his Letter from Birmingham Jail:

“Injustice anywhere is a threat to justice everywhere. We are caught in an inescapable network of mutuality, tied in a single garment of destiny. Whatever affects one directly, affects all indirectly. Never again can we afford to live with the narrow, provincial ‘outside agitator’ idea. Anyone who lives inside the United States can never be considered an outsider anywhere within its bounds.”

A logical person could make the case that having every one smoke weed and playing on betting apps for two weeks to a month would not only halt the spread of COVID-19 but also bring back sporting events and wagering action for Las Vegas sportsbooks and other states.

But since the odds of winning the 2020 presidential election favor Donald Trump and Joe Biden, the chances are slim that nationwide justice for all prevails for marijuana and sports betting during the next four years.