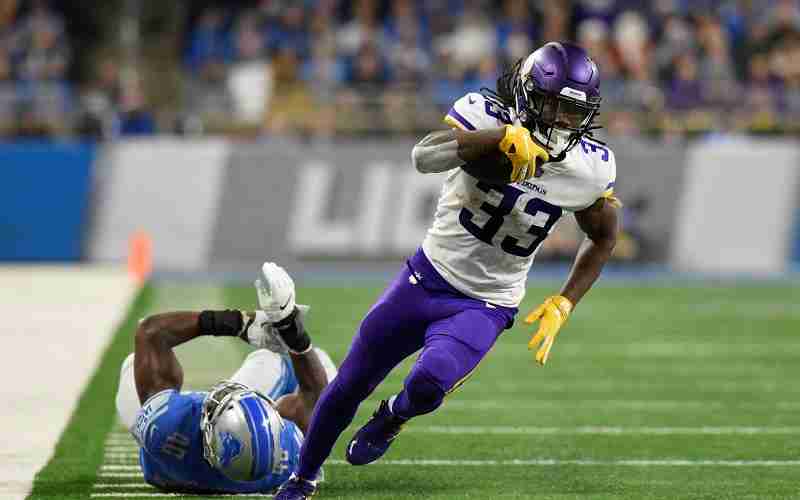 Last week we went 2-1 in our first full Sunday of NFL betting, and we’ll take the mulligan for picking the Eagles to cover against Washington. It seems like the entire sports betting universe missed on that one.

Only two lines leaped out at us this week, and we’ve laid some action on each in a two-bet parlay at Bovada Sportsbook, which we share the details of below.

The first half of our week two parlay includes a wager on the Vikings and their money line odds of +145 to outright win the game.

Last week, Minnesota was favored to win against the Packers, and we knew that looked off. Now it appears that the Vikings are not getting enough respect from oddsmakers when facing a Colts team that is looking for answers after a shocking upset loss to the Jacksonville Jaguars in week one.

The Vikings’ team identity is in place. They run the ball with authority and execute crisp routes with their wide receivers, achieving a harmonic balance on offense. They simply aren’t as good as the Packers, and that is why they lost to them, but we have faith that they will defeat Indianapolis.

The Colts are by no means a slouch of an opponent, and the NFL Playoff betting odds still feature them in the hunt to win the AFC South Division, but they will need another week or two to fine-tune their offense with so many new players coming together for the first time.  It’ll happen for the Colts, just not against the Vikings in week two.

To conclude our two bet parlay for Sunday’s games, we laid some action on the Packers to cover against the Lions. We placed our bets on Monday, and at that time, the line was at 5.5 points. We purchased an extra point to lower our risk to 4.5 points, but we feel pretty confident that Green Bay will go ahead and cover the current spread of 6.5.

This spread would look right if were a home game for Detroit, but the game will be in Green Bay, and last week the Packers showed America that they are still a team that is at the top of the NFC rankings.

Our $10 parlay wager will clear just over $30 if both bets succeed. Had we not purchased the additional point, our payout would have been closer to $34.

An old industry saying professes that parlays are a fool’s bet. We’ve decided to forgo that advice and opt for the wisdom of putting our money where our mouth is and let it ride on the Pack and the Vikings this weekend.

We’ve got to hand it to the oddsmakers though, as they have put forth much tougher odds to decide on for week two’s slate of games. We were actually scouring the NFL prop bets to see if there were any other lines of interest because the standard game lines only produced two options that looked juicy enough to wager on.

The remaining lines for this Sunday’s games are as follows: