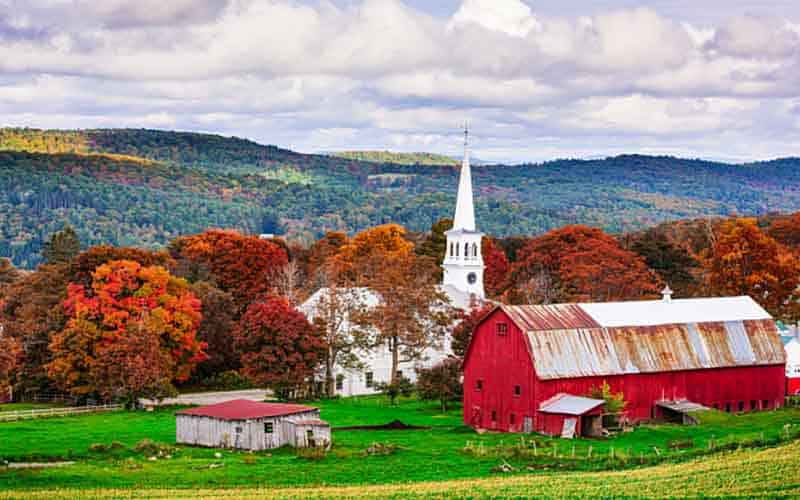 This extremely restrictive gambling state seems to want to change its ways.

In the 2019 legislative session, Vermont has shown interest in legalized sports gambling – but are unsure of the feasibility. Vermont’s Independent Representative Ben Jickling introduced House Bill 46 on January 17th. The bill intends to create a sports betting study committee to research potential models for legalization, regulation, and taxation.

The bill detailed allowing the creation of a Study Committee to also draft proposed legislation regarding the legalization of sports gambling. The Study Committee would be tasked with researching comparable models enacted by other US states with sports betting and presenting this information in a final report on or before December 15th, 2019. This report will be submitted to the House Committee on General, Housing, and Military Affairs and the Senate Committee on Economic Development, Housing and General Affairs, as well as, draft legislation granting the state Department of Liquor and Lottery oversight authority on domestic legal sports betting.

The bill required that the Study Committee be comprised of 2 active House Representatives and 2 active Senators of whom cannot be of the same party, and the Attorney General, Commissioner of Taxes, and the Commissioner of Liquor and Lottery or their designees.

The reason for this bill was that the VT General Assembly found that an estimated 28% of adults in the US bet on sports and that based on current participate rates and expected growth the state of Vermont could generate $1.1 to $4.2 million in sports gambling tax revenue. Therefore, HB 46 would examine the feasibility of sports gambling in Vermont and recommend the best way to regulate this potential domestic market.

While Vermont embracing a study ill provides a glimmer of hope for residents who want to enjoy expanded gambling forms, there are provisions with HB 46 to unleash sports gambling gradually. The bill suggests that if the state were to embrace domestic wagering that initial offerings would be limited to in-person retail locations with expansion to additional venues and/or online sports wagering options to come later on.