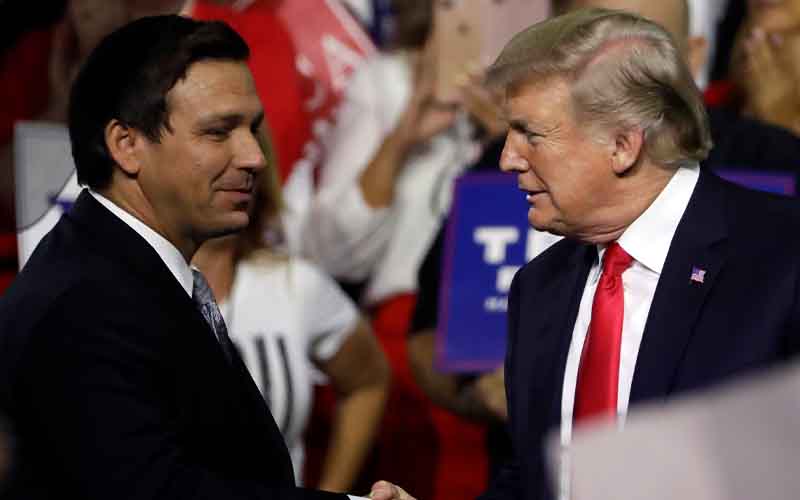 Former President Donald Trump announced his intentions last night to seek the Republican Party’s nomination and win another term in the White House in 2024.

“In order to make America great and glorious again, I am tonight announcing my candidacy for president of the United States.”

This development comes on the heels of a less-than-stellar performance by the GOP in the 2022 midterm elections, a failure that is being blamed on Trump by many Republican leaders.

Current polling data suggests that the leading overall candidate for the 2024 Presidential election is Florida Governor Ron DeSantis, a former ally of Trump who now appears to be in Donald’s crosshairs.

DeSantis is also sporting a lead in all categories that matter at online political betting sites for both the GOP nomination as well as the overall election odds.

US Presidential Election – Next President

DeSantis just wrapped up a Gubernatorial campaign in Florida, where he trounced former Governor and Democratic Party challenger Charlie Crist by over 1.5 million votes.

Now, the above political prop bets suggest that DeSantis’ main challenger is current President Joe Biden and not Donald Trump.

Many experts believe that Trump’s continued denial of the 2020 Presidential election results is the reason why the projected 2022 red wave didn’t quite reach the shoreline.

Several regional GOP candidates that lost their respective races were election deniers, reflecting an American voting population that is ready to move as opposed to rolling around in the proverbial mud.

With DeSantis and Trump now the main Republican candidates for the 2024 Presidency, it is only a matter of time before the two become critical of each other.

“[DeSantis is] an average REPUBLICAN Governor with great Public Relations, who didn’t have to close up his state, but did, unlike other Republican Governors…”

Governor DeSantis, when pressed on the issue, opted out of mentioning Trump by name but fired a warning shot in his direction.

“And you know, at the end of the day, I would just tell people to check out the scoreboard last Tuesday night…”

When will Ron DeSantis declare his intentions to run for President in 2024, and could Trump’s instigation cause for that announcement to come sooner than later?

The odds posted at the sites we include in our online sportsbook reviews have already weighed in on the subject, placing DeSantis as the 2024 Presidential front-runner regardless of party affiliation.

However, Trump is no stranger to overcoming election odds and making his opponents look bad. Get ready for 2+ years of political fireworks.