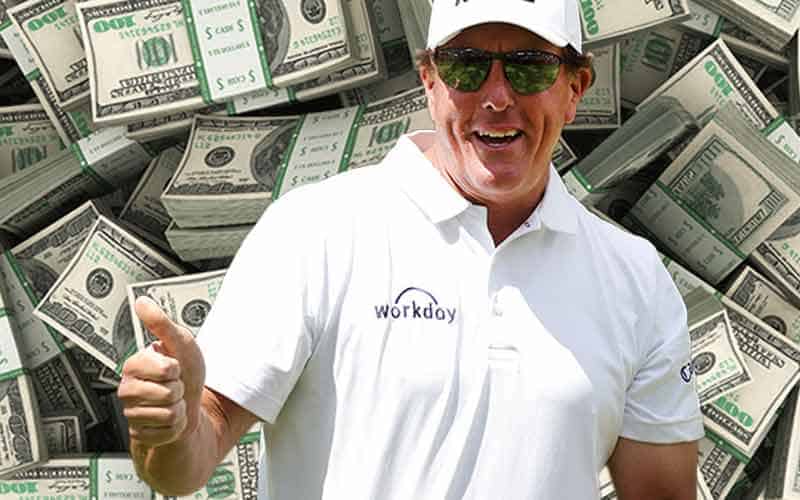 The PGA Tour is running at full tilt heading into tomorrow’s Open Championship at Royal St George’s Golf Club in England, and pro golf oddsmakers have their hands full following Phil Mickelson’s unlikely win at the PGA Championship in May.

With Tiger Woods on the shelf indefinitely due to leg injuries suffered in a car crash in February of this year, the PGA is in desperate need of a marquee player to draw in casual viewers and improve their television ratings. Phil has been active for betting on celebrity golf over the past 12 months but has not been a contender for a major title until recently.

While pro golf betting sites have not granted Mickelson much of a chance to win the 2021 Open Championship, the ratings for the first, and subsequent rounds will likely be high until Phil has been mathematically ruled out of competition for the top spot.

However, as readers can see by the PGA futures odds listed below, regardless of which golfer that is wagered on, all roads lead to a healthy profit of at least eight times the amount risked.

If Phil has one last trick left in his bag for 2021, $1 wagers placed on him to win the Open Championship Tournament this weekend will payout at $80.

Online sportsbook sites have also posted a massive golf prop bet that lists all of the golfers playing this weekend and offers moneyline odds asking if they will make the cut.

Mickelson’s odds to make the cut at the Open Championship are currently sitting at -165, and he appears poised to play well enough to qualify for the final two rounds of play.

Open Championship prop bets are also in-play that attempt to predict the opening round score of Mickelson, and the odds suggest that he will finish just over par (72), but the moneyline implies that it will be within a stroke or two.

While that’s not exactly an endorsement for Phil Mickelson to win another major this weekend, it does predict that he will be a serious competitor that should be considered as a legitimate contender.

Sports fans love a comeback story, but this is the very next major following Phil’s comeback. Still, the aforementioned lack of Tiger Woods on the PGA Tour removes loads of intrigue from the proceedings, and thus, fans and bettors are clinging to Phil more than ever.

The following lines offer additional hope for Phil to finish in the top 20, 10, and 5, with the odds diminishing as the field narrows.

Tune in tomorrow at 4:00 am (remember, U.K. time zones) to see if Phil Mickelson can continue to turn back the clock and remain at the top of the leaderboards over the course of this weekend’s tournament, as well as cash in for ambitious golf bettors that are seeking exciting potential payouts.