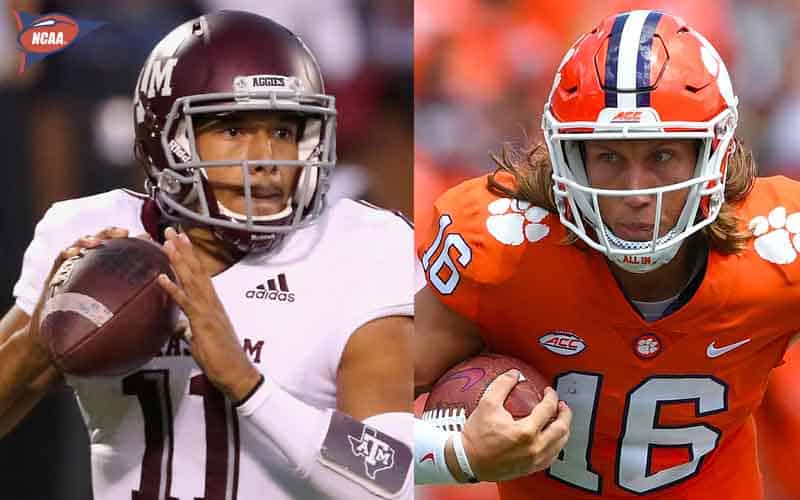 This weekend’s marquee matchup in college football is still a couple of days out, but the trash talking is well underway.

The #12 Texas A&M Aggies will travel to Death Valley Saturday to take on defending champions and the top-ranked Clemson Tigers.

While Aggies coach Jimbo Fisher compliments former ACC-rival Dabo Swinney, his Tigers, and the Clemson fanbase, the TAMU players had a different opinion.

After narrowly losing to Clemson last year in College Station 28-26, Jared Hocker thinks his team will upset the Tigers this season.

“There will be an upset. I’m pretty confident in my ability and the team’s ability.”

“We’re not coming out with a loss in the game,” he told the media.

A&M receiver Jhamon Ausbon: “We’re not coming out with a loss in the game.” pic.twitter.com/4gTdaLJwsp

The Texas A&M players are even calling out weaknesses in the Clemson defense. Receiver Kendrick Rogers says that even though he isn’t a coach, he could tell the Clemson secondary was vulnerable.

“I’m no coach, but as a player, I feel like the secondary is susceptible to us.”

Amidst all the discommending from the Aggies, the Tigers are still odds-on picks in the game. As a 17-point favorite, Clemson has an 88.43% chance of running over the Aggies in Memorial Stadium.

At a total over/under of 64.5 points, it’s expected to be a high scoring game, but it remains to be seen if the Aggies will put up their share of touchdowns to compete.

After a tough Week 1 statistically for QB Trevor Lawrenceー only earning a 64 QBRー the Heisman hopeful will look to bounce back from his two-interception game against Georgia Tech.

The last time Lawrence’s QBR was that low was against Pittsburgh in the ACC Championship game last season. The next game in the Cotton Bowl against #3 Notre Dame, Lawrence threw for 327 yards and three touchdowns.