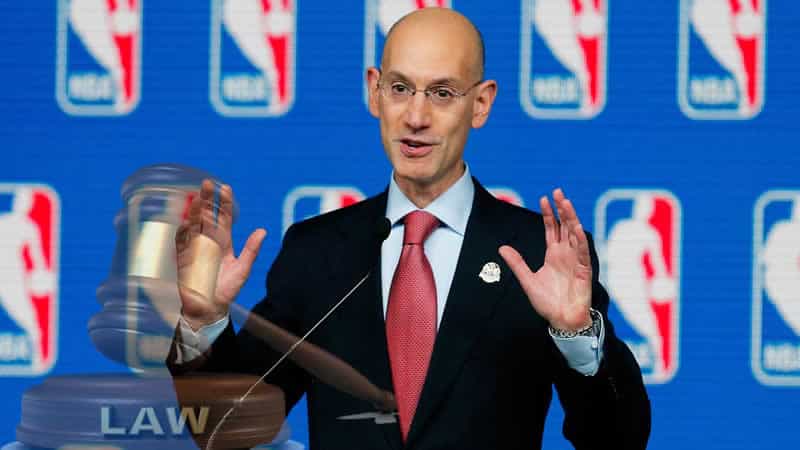 The NFL, MLB, NBA, NHL and NCAA have long been against the idea of legalized sports betting. A federal sports betting ban has been in effect for over 25 years, and these leagues argue that the ban should be upheld. However, in light of an ongoing Supreme Court case involving New Jersey and the constitutionality of this federal ban, it seems 3 of the 5 leagues are anticipating change.

You can find old reports of former commissioners opposing legal sports betting for a number of reasons. The most common are that it would poorly affect the integrity of the game and it would create a bad environment (this is because of the attached moral stigma to any type of gambling). Now, new commissioners have stepped in and seem to have a different opinion. For example, MLB Commissioner Rob Manfred has said on record that he is looking into the possibility of legalized sports betting. He sees it as a way of increasing fan engagement and something that would make sports more popular. NBA Commissioner Adam Silver wrote an op-ed in the New York Times explicitly calling for an authorized and regulated sports betting framework. These 2 outlooks on the market differ from their respective predecessors, but they are a sign of how the times are changing.

NHL Commissioner Gary Bettman offered his opinion on the matter, stating that he doesn’t see it as an issue because hockey betting is in the minority compared to other sports. Also, the NHL just brought a franchise to Las Vegas, the sports wagering capital of the USA. The NFL recently approved the Oakland Raiders’ relocation to Las Vegas. There will obviously be betting present, as Nevada is part of the 4 states exempted from the federal ban on sports gambling, so it seems that the NHL and NFL are making preparative moves. The NFL has games in Wembley as part of its international marketing. Fans can bet from inside the stadium there, which is the same model that will likely apply to the new Raiders stadium and the Golden Knights venue. NFL Commissioner has been the most vehement against sports betting, but it is hard to remain objective when you have a franchise in the betting center of the nation.

It is not like sports betting isn’t already happening. Domestic bettors can place wagers through offshore sportsbooks without breaking any laws.  Betting online is not a violation of US federal sports betting laws as long as the sportsbook is licensed offshore in a jurisdiction where gambling is considered legal. With the amount of money being wagered, it is foolish for the US to not control the market so states can claim revenue off of regulations. For critics who believe that match fixing will emerge, look to other countries like the United Kingdom, that has a well-maintained sports gambling network with strict regulations. In the digital age, match fixing would be incredibly difficult given the sheer amount of statistical data readily available—trends and patterns would be easily found.

The true outcome lies with the US Supreme Court case set to begin in early December. If New Jersey wins and the federal ban is ruled unconstitutional, it will likely be stricken down. This will open the door for other states to pursue legal sports betting avenues. While the sports leagues may be still involved in the case, it seems to be a more present-by-obligation. It is clear they are preparing for an environment where betting is not only allowed, but rampant.