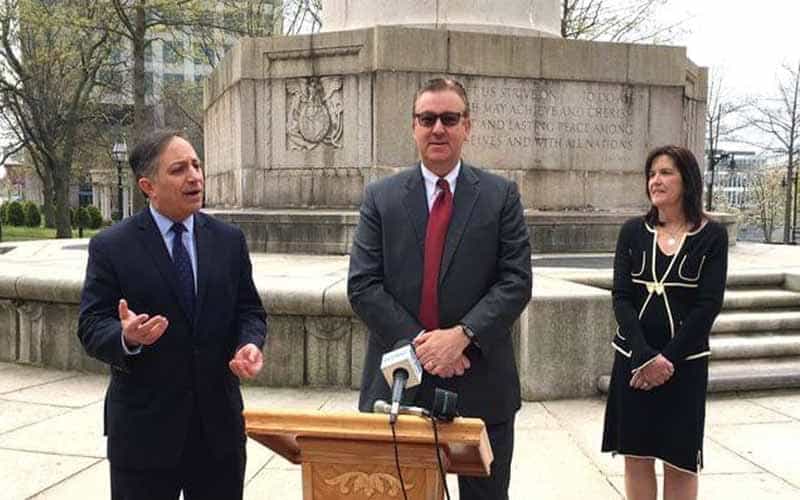 The first sports bets in Rhode Island were placed back in November, but now, a group led by Republicans are calling the state’s legalization of sports betting “unconstitutional.”

Former Providence mayoral candidate Dr. Daniel Harrop filed a lawsuit in Superior Court on Wednesday, stating that land-based and mobile sports betting legislation should have been sent to the ballot via state-wide voter referendum.

The group stated what they’re doing should not be presented as “anti-sports betting” and that the lawsuit is about letting the residents of Rhode Island have the final say on whether the state should authorize licensed sports gambling.

“Any expansion of gambling should go to the voters,” Bell added. “In this case, the legislature and the governor decided to bypass the voters.”

The basis for the group comes from a 1994 amendment to the Rhode Island Constitution, which is listed under Article VI, § 22 and says:

Democratic Senate President Dominick Ruggerio disagrees with the lawsuit and said that voters approved sports betting when voting in favor of casino gambling in 2012 and 2016, since they approved of gambling in that form and any legalization of sports wagering is an expansion of gambling that was approved.

“All of the legal advice I have received has been consistent,” Ruggerio said. “The voters approved sports wagering when they approved casino gaming, and I am very confident that the state will prevail in any challenge.”

Speaking on behalf of the Rhode Island governor’s office, Josh Block, press secretary for Governor Gina M. Raimondo, told the Providence Business News that their office also disagreed with the basis that a voter referendum was needed.

“Multiple legal opinions have affirmed that sports betting was already approved by the voters,” said Block. “The revenue from sports betting supports investments in education, health care, infrastructure and more, and we remain confident that it will be upheld in court.”

Ruggerio said he doesn’t understand why the group of Republicans would oppose legal sports betting since it provides new economic freedoms and lowers taxes for all of Rhode Island.

“Sports wagering is a popular entertainment option that helps to offset reliance on taxes,” Ruggerio said in an email. “It is stunning that a Republican group, which one might think would support individual liberties and lower taxes, would instead seek to obstruct legal sports wagering.”