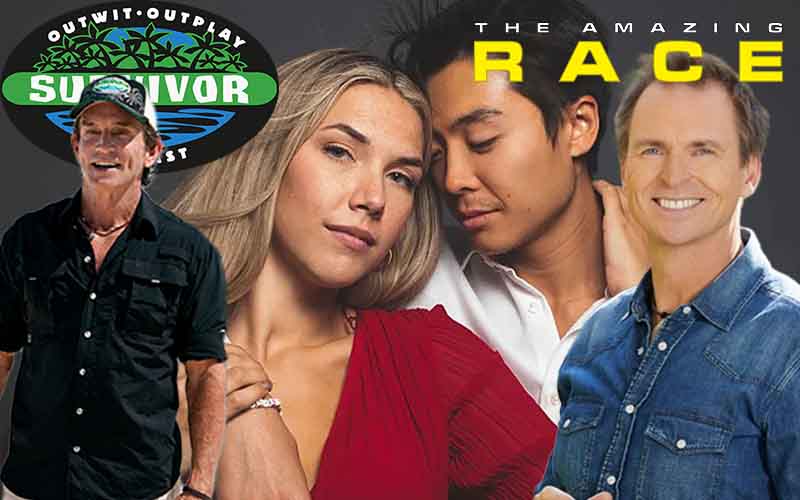 Tonight on CBS, their fall lineup of reality television shows debuts with Survivor Season 43 at 8 PM and The Amazing Race Season 34 at 10 PM.

Bovada Sportsbook, a major online entertainment betting provider, has posted preseason props for Survivor and the Amazing Race for the contestant(s) that will win outright.

The 43rd season of Survivor is once again hosted by producer Jeff Probst and was filmed over the course of 26 days in the Mamanuca Islands, Fiji.

Like the prior two seasons of Survivor, 43 will be a shortened affair due to constraints placed on production due to COVID-19. The following futures for betting on Survivor reveal that Ryan Medrano is the most likely to be the final member of the cast remaining.

These Survivor odds have been removed from the boards at Bovada since they were first posted, but we’re keeping an eye out for their return prior to tonight’s debut.

The trick to betting on entertainment odds is laying some action as soon as they’re posted. A component of Survivor that makes online sportsbooks edgy is that the episodes are pre-recorded and the final outcome is known by those in production at CBS.

Those two elements can result in information leaks that spoil the betting for the rest of us. For now, the above Survivor futures are here for reference, but be sure to pounce on them once they’re posted again.

Host Phil Keoghan is back for the 34th Season of The Amazing Race on CBS, a reality television show that sends pairs of contestants around the world and awards $1 million to the winners.

We rarely spot entertainment prop bets for The Amazing Race in the wild, so it was a nice surprise to see Bovada post a line featuring every team of two that is in the running.

One of the competing pairs, Derek and Claire, are former houseguests from Big Brother Season 23. Neither of them won BB23, but they are the current odds leaders for betting on The Amazing Race 34.

That could be due to their popularity, resulting in excessive wagers coming in on their odds. Their projections could also have something to do with reports of them attending a boot camp to prepare for the race.

Despite their favored status, 4-to-1 payouts can be secured by betting on Derek and Claire now. However, just like with the Survivor odds, the above betting line for Amazing Race 34 is no longer on the boards.

Finales for Survivor 43 and The Amazing Race have yet to be announced.