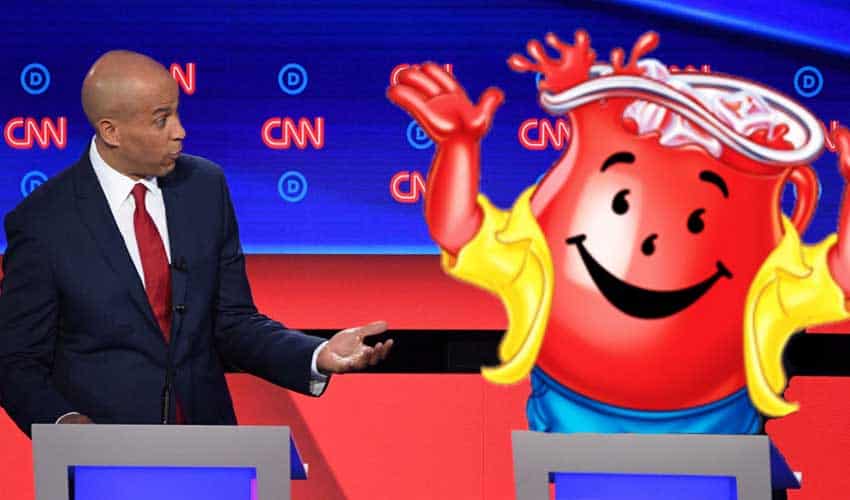 You’re probably familiar with the saying, “put your money where your mouth is.”

Essentially, the phrase asks a person to place a monetary value to what he or she is talking about because otherwise, that person is liable to say or do anything — smart or stupid — since they have nothing to lose.

And in the age of discussing politics on social media, the thought process of “saying and doing anything whatever the cost” has been “turned up to 11” by biggest influences and media on both sides of the political aisle.

Except there is no cost, or even a risk, for them.

We, on the other hand, will lose brain cells while listening to their reality TV-level “analysis.” And I’ll go even further: We don’t know if the pundit or pollster has something to gain from whatever they’re telling us either, so why should we care what either has to say?

Enter political betting markets, such as online sportsbooks and betting sites, where all that matters is who the public is putting their money on and how the oddsmakers adjust the board accordingly.

From online sportsbooks, such as BetOnline or MyBookie, to newer prediction markets, like PredictIt, one thing is clear: They offer you a far more accurate picture of the current political climate because 1) their oddsmakers are intelligent and 2) the public is willing to risk money on what will actually happen.

And you don’t need to look any further than last week’s second Democratic primary debate to see what I’m talking about.

After the second night, all CNN and pretty much every media outlet could talk about was that “Cory Booker won the debate.”

Why? Well, he made a funny involving Kool-aid.

Do you know who the oddsmakers would have said won the debate? I can’t speak for them, but based on the odds they posted, I’d have to say, Tulsi Gabbard, Andrew Yang, and Marianne Williamson.

You don’t need to drink the pundits’ Kool-aid to see how wrong they were about “who won and lost the debates” — especially considering that’s probably the most subjective keyword-stuffed hot take you’ll ever come across.

But don’t think I haven’t forgotten about the pollsters, who I feel have been outright trolling the country since the 2016 election.

Just look at this Fox News poll from July 25, which says Joe Biden beats Donald Trump 49% to 39% if they were to face in the general election.

But Fox News isn’t the only one posting nonsensical polls. Just look up and down the list at RealClearPolitics.

I can tell you one thing for certain: No candidate is going to win by 10 points in 2020 or the foreseeable future.

Can Biden beat Trump? Sure.

Can Biden beat Trump by 10 points? Not a snowball’s chance in hell.

The margin of error is +/- 3 points, which still gives Biden a 7-point edge, and even that’s laughable.

Ok, so what do the political betting sites say?

On the flip side, the prediction betting market at PredictIt has Trump at 47% for “Yes” and 53% for “No” on whether he’ll win re-election.

Basically, we can see that both betting sites fall within the same margin of error, and tell you that both the Republicans and the Democrats have a 50/50 shot at winning the White House in 2020.

The 2020 odds indicate there is no edge to either side at this time, and if there is, then it’s negligible at best.

And when you combine pundits, polling, and predictions, then watch out: Because the perfect storm of incompetence will come to shore, and it’s guaranteed to be filled with nothing but hot air.

Just look at this HuffPost “forecast” from the 2016 election, which gave Hillary Clinton a 98.2% chance of winning one day before voters went to the polls. The article even states that “Republican Donald Trump has essentially no path to an Electoral College victory.”

The HuffPost “sportsbook” would have gone out of business the second they put up that ridiculously ignorant “hot take” betting line.

There are essentially no absolutes in betting since all sides are assigned odds or a “chance to win.” If something were absolute (i.e., 100% or 0%), then the outcome would already have been determined, and it wouldn’t have a betting line.

In other words, political betting sites tell you how likely something is to happen while pundits/polls definitely tell you “definitely” whether something will happen — the latter in 2019 should be viewed as archaic and unreliable because nothing is a sure bet.

In 2019, that “thing” is getting noticed online or “going viral” — which can turn into a gold mine overnight.

Don’t believe me? Well, in the sports world you don’t have to look any further than columnist Skip Bayless. He made himself a household name on ESPN’s First Take by simply saying off-the-wall things to stir the pot.

Today, Bayless is worth $13 million and makes $5 million per year at Fox Sports. Did he become wealthy by making correct, or even logical, predictions? Nope, and he’s probably still picking the Dallas Cowboys and the Oklahoma Sooners to win every year (can’t confirm).

And in politics, the “Bayless” is everyone from Anderson Cooper to Sean Hannity, who both rake in millions each year. And they’ll frequently use polls from every media outlet under the sun to somehow justify their positions.

We should demand a better system for political predictions, and betting markets do a much better job since it is, quite literally, their job to determine the probability of something occurring.

So, here’s my suggestion: The next time a pundit or pollster says “(insert name) is going to win” reply with “Put your money where your mouth is.”

If they agree — and follow through — then give them the time of day.

If they refuse, then pay them no mind.