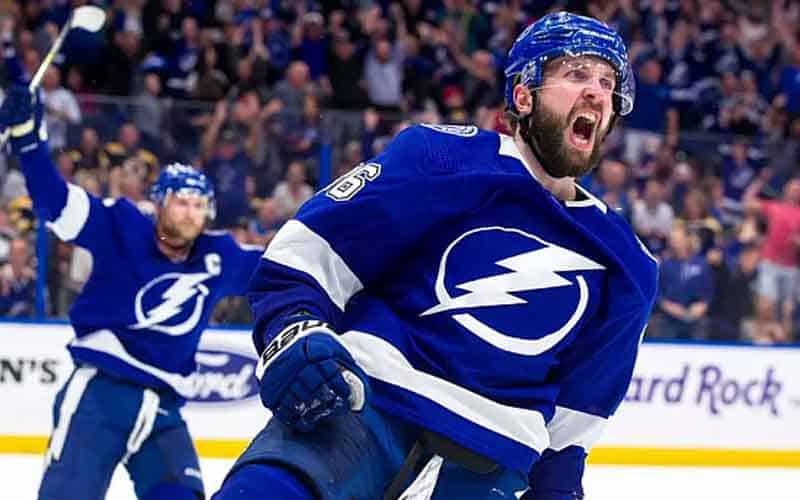 The first puck of the 2019-20 NHL season drops tonight, but the opening odds to win the Stanley Cup won’t come as a shock.

That is unless you think Lightning strikes in the same place twice.

Before the start of the new season, the Tampa Bay Lightning have the best chances to win the 2020 National Hockey League Stanley Cup at +700 odds, according to the odds from Bovada Sportsbook.

After tying the NHL record with 62 wins, securing the #1 seed in the Eastern Conference last season, and having the best Stanley Cup odds heading into the playoffs, the Lightning were swept 4-0 in the first round by the Wild Card Columbus Blue Jackets.

And since Lighting never strikes in the same place twice—at least within a short time frame—the team is hoping to avoid a similar collapse and is seeking to redeem themselves during the 2019-20 season.

“We could sit and pout in the corner, but it’s not going to change anything that happened last year,” team captain Steven Stamkos told the Tampa Bay Times.

Tampa Bay isn’t the only first-round losers from last season that have favorable odds this year. The Toronto Maple Leafs have +850 chances at the Stanley Cup during the 2020 playoffs.

John Tavares, who signed with the team last summer and is expected to be announced as the team captain tonight, is optimistic about the team’s chances entering this season.

“I believe we can be the team right at the end lifting the trophy,” Tavares said.

The 2019-20 NHL season officially begins tonight with four games, including the defending Stanley Cup champions taking on the Washington Capitals at 8:00 pm ET on NBCSN.