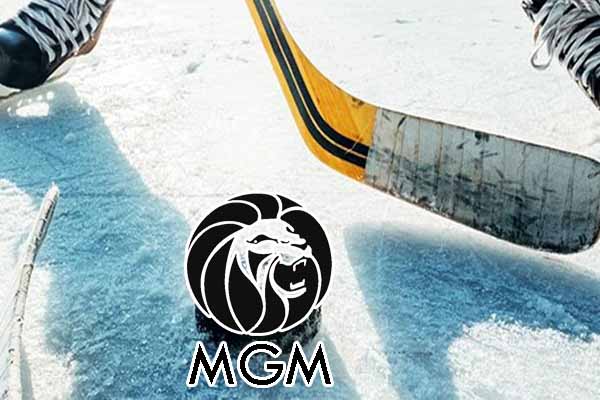 Neither side wanted to put this agreement ‘on ice.’

On Monday, the National Hockey League and MGM Resorts International announced a long-term agreement where the NHL will share “enhanced” game and player data with MGM to provide unique experiences to users who wager on hockey in states where sports betting is legal.

In an NHL press release, the professional hockey league stated MGM “will receive access to previously unseen enhanced NHL proprietary game data that will be generated by the League’s state of the art tracking systems currently under development.”

The NHL sharing game data “will allow MGM Resorts to provide its customers with specialized NHL game insights, as well as unlocking new and innovative interactive fan engagement and betting opportunities for its U.S. customers wherever legally available.”

For the past couple of years, the NHL has been experimenting with various camera and player tracking technology to provide in-depth statistics and to enhance the viewing experience.

Now, the NHL-MGM partnership will look to implement the experimental technology for new betting options for this hockey season and will be available leaguewide in time for the 2019-2020 NHL season.

This year, with the shared use of the NHL’s technology, MGM will be allowed to promote its new betting options as well as make them available for the biggest NHL events of the year.

Currently, the betting options available on the NHL are somewhat scarce when compared to other major professional sports – especially when it comes to live, in-game wagering.

The game data from the NHL will likely allow MGM to offer odds and betting lines for a variety of in-game occurrences – such as power-plays, overtime periods, and overtime shootouts.

The NHL player tracking data, on the other hand, is more up in the air since the specifics of the deal were not disclosed.

MGM could use it to provide NHL bettors with in-depth analysis of what is happening on the ice but could also use it to offer real-time, in-game prop bets no one has thought of yet.

The partnership makes MGM the first sports betting platform to officially announce a partnership with the NHL.

However, the deal is not exclusive to the NHL and its game and player tracking data will be available to future sports betting partners as well.

The NHL will not be taking a percentage of the hockey betting handle at MGM, but other terms of the agreement were not disclosed.