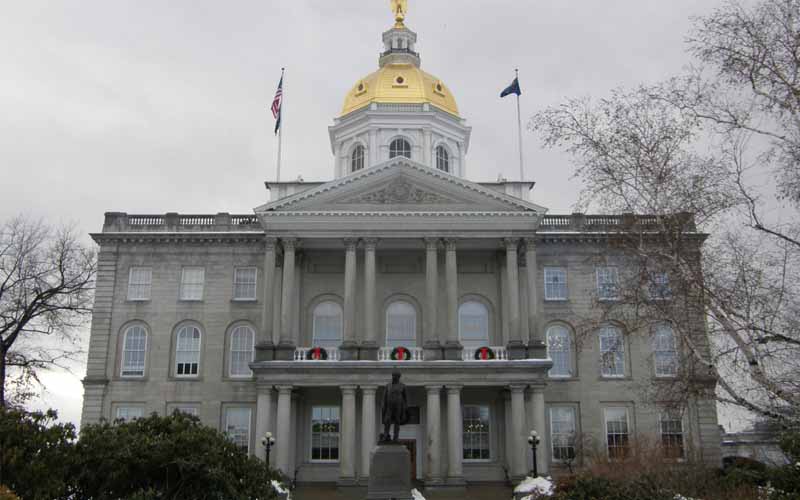 A legal sports betting bill which cleared the New Hampshire House legislature is on its way to the state’s Senate.

New Hampshire introduced two sports gambling bills in 2019, but it appears the one presented by the House has received a warmer welcome. NH’s HB480 was part of the state’s budget discussions in April of this year. The New Hampshire legislative session is set to begin on June 30th where the fate of HB 480 will be known.

The House Bill, in consideration, was introduced in the 2019 regular session and sponsored by nine members. The bill’s sponsors and supporters are from both major parties. The last action taken on this bill was in a Finance Hearing on April 24th of 219, but the bill has its floor date in the Senate on May 30th.

HB 480 cleared the House floor after the bill adopted a House Amendment and on May 22nd, the Senate Committee reported the bill Ought to Pass with Amendment # 2019-2196s.  Under HB 480, wagering will be accessible to New Hampshire sports bettors age 18 and over. The NH Lottery Commission will be operating domestic sports wagering opportunities in the state under HB 480.

If the bill passes through the Senate, it has a clear shot of reaching the Governor’s desk for approval, which could mean that NH betting could come as soon as 2020 with the possibility of online wagering through the lottery.

The other sports gambling expansion bill introduced to the NH legislature was SB 310 which would have allowed casinos to offer wagering and create an online betting site. The Lottery Commission would only be able to regulate wagering but not participate as an operator under SB 310.

The Executive Director for the New Hampshire Lottery Commission, Charles McIntyre, believes there is a possible benefit to allowing casinos to contribute to domestic wagering options. He says, “Some suggest that having a competitive, open market if the two [new] casinos are built will drive more revenue growth as they compete against each other.” But the Director does not seem sold on the idea entirely for SB 310 since new casinos are a hard sell to lawmakers in NH.