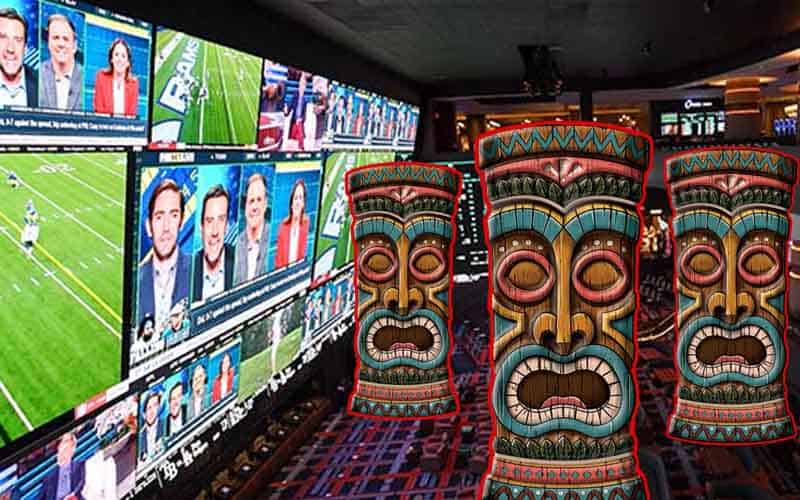 Legislative sessions are kicking into high gear around the country, and sports betting bills are already being introduced in states where domestic sportsbooks have yet to get a pass.

One state that is entertaining new domestic gambling opportunities is Hawaii, where illegal gaming has caused significant problems for local law enforcement.

Some experts have stated that there are in excess of 70,000 illegal gambling houses located in HI, with many of them also operating as prostitution rings and drug dealers.

“These game rooms are unregulated… They often have to do with drugs and prostitution as well. By having a legal avenue to express their willingness to play these poker games, we are going to get the tax revenue.”

To combat these unlawful gambling venues, lawmakers in Hawaii are proposing the legalization of domestic sportsbooks and real-money poker rooms.

The poker room and legal sports betting in Hawaii initiatives are being pushed by Representatives Daniel Holt and John Mizuno, both from the region of Kalihi, where much of the illegal gaming takes place.

The bill will have strong opposition, as politicians in HI have long avoided regional demand for making gambling legal. Many have cited the lure that sports betting and games of poker will have over Hawaiians with low income, making their situation worse than it is now.

Proponents suggest that those individuals are already likely doing business at illegal gaming venues, so the state may as well collect the associated revenue.

Legislators appear to have no interest in mobile or online sports betting and instead are focusing solely on in-person locations. If revenue is the driving force behind this movement, then mobile sports betting apps and online options need to be a part of the equation.

Hawaii’s population is around 1.5 million residents, which is comparable to New Hampshire and West Virginia, two states that allow for online, mobile, and in-person sports betting.

In January of 2022, New Hampshire nearly topped $100 million in sports betting handle during the CFP and NFL Playoffs. West Virginia posted a $75 million handle over that same timeframe.

Mississippi does not allow for online on mobile sports betting, and they posted $66 million in their sports betting revenue reports for January despite having twice the population of NH and WV.

MS also features an inordinate amount of gambling tourism, as they are currently a top casino and sports betting mecca in the southeastern United States.

Tourism is also something that Hawaii specializes in, and if they play their cards right, the state could become a gambling vacation destination comparable to Las Vegas.

For now, the plan is to handle all domestic gambling locally, without the influence of outside vendors that will take a portion of the proceeds out of state. The state will only issue sportsbook and poker room licenses to native Hawaiians that have reached the age of 35.

While going at it alone may seem reckless at this juncture, Hawaii’s legislators have plenty of examples to follow from legal sports betting states around the country.