New Betting Odds On The Fight Of The Century 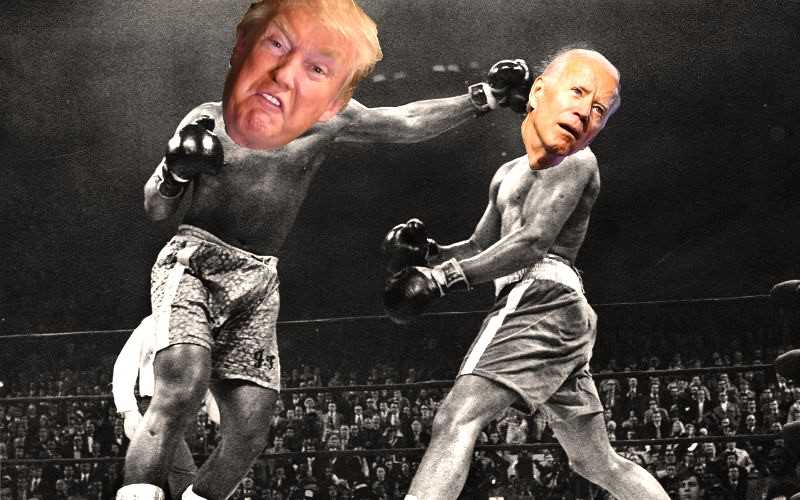 That big celebrity boxing match between the YouTube guy and the son of that other dude who KO’d Lennox Lewis 20 years ago is officially off. Fake boxers have a little more trouble making weight than real boxers, apparently.

Of course, that’s not really a matchup any fan of the Sweet Science really cares about.

For those die-hards, the only bout that matters is the one in 2024.

Will it be DeSantis vs. Buttigieg: Florida Man Meets The Transporter™?

Will it be Kamala vs. Haley: Fight Of The First Ladies™?

And who among them would have the edge, anyway? What’s the strategy?

To be sure, the picture will be a lot clearer after the November Midterms. That’s a given. But right now, several of the best legal sportsbooks online already have 2024 Presidential Election odds posted, and as always, they continue to change by the week.

Here’s how all the current 2024 election betting odds look at BetOnline, which has by far the most live action right now. Of course, Bovada also has a few lines, and we’ve included the most relevant of those below, too. You know, in case you want to shop lines for the best payouts.

Also, since we’re totally committed to added value here at SBL, we’ll toss in a few touts for these bouts for free!

This is the first time we’ve seen FL Governor Ron DeSantis overtake Donald Trump on the odds boards. However, we think this particular development is bound to be short-lived, especially if the fine investigative journalists over at Infowars are to be believed.

Democratic Nominee for the 2024 Election

We don’t think the eventual Democratic candidate is actually on anyone’s radar, yet. If Biden isn’t going to be the nominee due to his historically bad polling, no member of his administration is likely to get the nod, either.

This seems about right. Take the first two options and guarantee a +100 payout.

To Progress Further: Trump vs. Pence

To Progress Further: Buttigieg vs. Warren

To Progress Further: DeSantis vs. Harris

To Progress Further: Haley vs. Warren

To Progress Further: Sanders vs. Cruz

To Progress Further: Trump vs. Biden

To Progress Further: Trump vs. Harris

To Progress Further: DeSantis vs. Yang

Since the 2024 Democratic candidate probably isn’t on this list, avoid all these wagers.

Of all these, Amy Klobuchar is the most attractive, but her window is probably gone. None of the above.

Trump. If he wants.

Again, put even money on the first two.

The biggest tout we can offer – or rather, the biggest piece of advice we can offer for your 2024 Presidential election betting strategy – has to do with the current debate between whether the GOP wants to back Trump or DeSantis.

Clearly, it’s one or the other. And as you can see above, right now, bettors at BetOnline (though not at Bovada) believe The Ronald will get the nod over The Donald.

But that will only happen if Trump decides not to run again, because there’s no way in the world DeSantis would imperil his own brand by running against – and thus trying to separate himself from – the most popular politician in recent history.

Here’s how we think this plays out (and we’re by no means the only ones): Trump-DeSantis 2024. Just like Infowars and their crappy supplements suggest.

This, of course, could be a big problem for DeSantis, because the window on any politician’s popularity is relatively short. DeSantis needs to run now, but if Trump runs, he can’t. So the next best thing is that he runs for VP.

This way, DeSantis serves the first two years of his second term as Florida Governor before letting his lieutenant take over. This keeps Florida red, which is a DeSantis priority, and it does so by keeping a DeSantis proxy at the helm.

Then, Trump-DeSantis wins because gas is $5 and the last hamburger and fries I had at a fast food restaurant was $21.

After that, President Trump runs the show while DeSantis is slowly made the “face” of the administration, with this strategy accelerating as the term wears on. By the last year or two of Trump-DeSantis, Trump – the master campaigner – stumps hard for DeSantis, and the latter is elected by a wide margin.

The GOP will thus wield power for an extended period and – if all goes according to plan – makes it financially viable for me to once again fill my aptly named Scag Patriot with marine gas and eat out a couple of times a week.

On the other hand, DeSantis could stay out of the race, serve his second four-year term as FL Governor, and then try to remain relevant on the daily news cycle for two entire years before 2028.

After which he becomes another career congressman like Marco Rubio or something.

After all, once you’ve been a state governor, every position that’s not President or Vice President is a demotion.

You heard it here first.