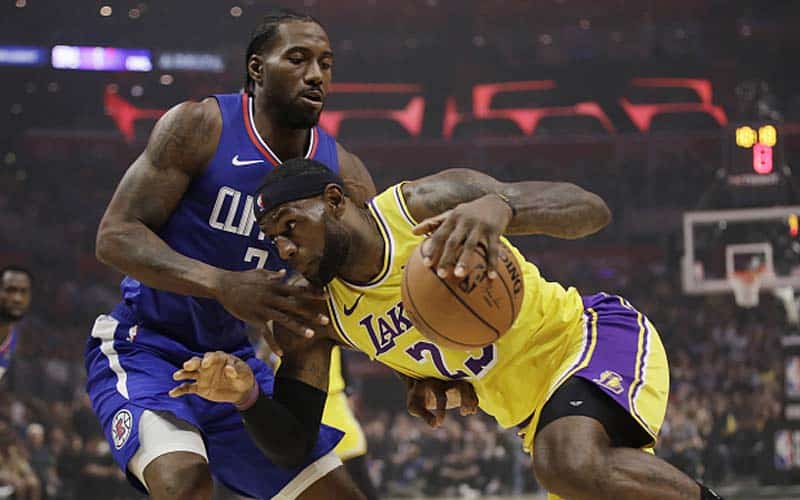 For the Yuletide matchups, the NBA is gifting five games for fans starting at noon. Starting with the Boston Celtics (20-7) versus the Toronto Raptors (21-8) and culminating with the Denver Nuggets (20-8) playing the New Orleans Pelicans (7-23) at 10:30 pm ET.

The highest-profile game of the holiday, however, is the Los Angeles Face-off. The Clippers (22-10) will take on the Western Conference-leading Lakers (24-6) at 8:00 pm. According to the odds, the game will be close with the Lakers favored by a single point.

Lakers’ superstar LeBron James has played 13 Christmas Day games over his career, averaging 26 points, 8 rebounds, and 6 assists and going 9-4 overall. Flanked with marquee defenders Paul George and Kawhi Leonard from the Clippers could pose a problem for the four-time MVP.

The day’s other games include 2018-19 MVP Giannis Antetokounmpo and his Milwaukee Bucks (27-4) taking on Joel Embiid of the Philadelphia 76ers (21-10) and James Harden’s Houston Rockets (20-9) against the hobbling Golden State Warriors (6-24).

The Warriors are in the midst of their worst run in the Steve Kerr era. Riddled with injuries to the team’s superstars, two-time MVP Steph Curry broke his hand in late-October and five-time All-Star Klay Thompson has missed the entire season since his July knee surgery.

A full breakdown of the December 25 games is below along with the spreads, money lines and totals. To gain a better understanding of betting on the NBA, we offer a guide here.