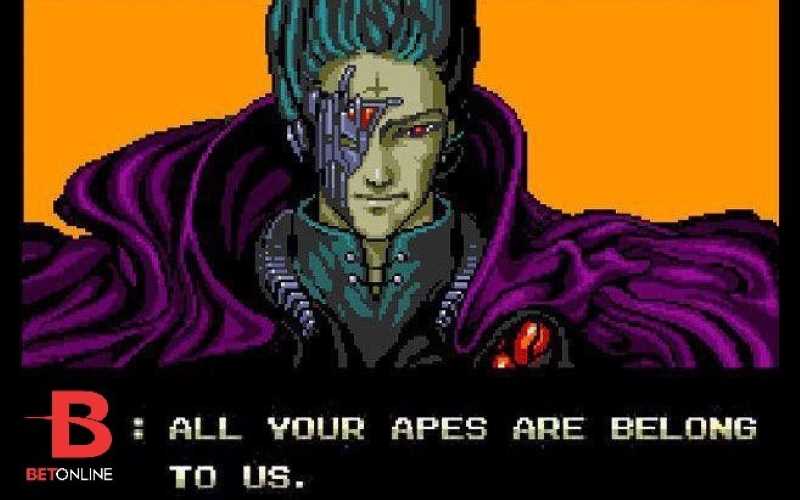 If these odd strings of words mean anything to you, congratulations. You’ve probably made some money, and you likely already know what this whole titular ApeCoin business is all about.

But if you’re scratching your head and throwing shi banana peels against the wall, you might need your charmingly curious if poorly expressed frustration addressed.

So, what is ApeCoin?

In the broader sense, though, ApeCoin represents some serious momentum in the land of crypto NFTs. As the biggest NFT hit of 2021-2022, the Bored Ape Yacht Club (BAYC) and its unholy algorithmically generated spawn have been an endless supply of LULZ, butthurt, and controversy.

Here’s how the fine, upstanding folks at Wikipedia characterize the whole BAYC thing:

“The popularity of BAYC was considerably documented by 2022; sales of the Bored Ape Yacht Club NFTs have totaled over US$1 billion and celebrities have purchased these non-fungible tokens. The collection has also received criticism from online users for a variety of reasons including electricity waste, money laundering, and inclusions of Nazi symbolism.”

Celebrities like them, they cause global warming, and they support 1930s-era German national socialism? Then they must be good!

Riding the hype of the NFT series, the company behind these bored apes (and, apparently, very bored people) – Yuga Labs – has introduced its own ETH token.

On Friday, March 18 – just when you were getting settled in for March Madness – Ape Madness shook the cryptosphere. All 1 billion APE coins were immediately airdropped upon the world, and initial prices caused the ApeCoin crypto to muscle its way into the top 40 cryptocurrencies by market cap. The ApeCoin price fell considerably in the first few hours after its launch, but the APE value is now somewhat stable – or, at least, as stable as crypto can be these days – at about $12.50 or so.

But is there anything that makes ApeCoin different from other cryptos?

Outside of its associated bona fides as being the native token of the most popular NFT series of ridiculous online collectibles, it doesn’t do anything much.

Or, if you take Fortune’s word for it, it does all this:

“The coin grants holders influence over another crypto-native entity known as a decentralized autonomous organization, or DAO. The idea was to give the Bored Ape community a hand in shaping the decentralized, blockchain-powered vision of the internet that venture capitalists often describe as web3. The Bored Ape DAO will use the blockchain to enable and record votes on decisions related to how the community is managed.”

To be fair, if we’d bought a few choice Bored Apes at their initial $180 asking price, we’d be considerably more excited.

Still, for us, there is one way that this whole BoredCoin thing has shaken things up in our domain. We just came across this in the BetOnline Sportsbook gambling banking menu: 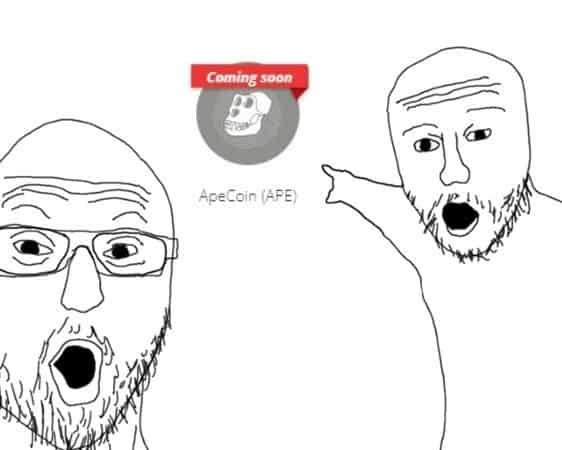 Never before have we seen BetOnline – or Bovada, or MyBookie, or any other relevant online sportsbook – advertise its support for a crypto coin before the fact.

This makes us wonder exactly how invested BOL actually is in APE.

If you check out our March Madness Brackets page (there’s still time to enter your Sweet 16 bracket, by the way), you’ll see that one of the prizes offered by MyBookie Sportsbook is “Doodle 9432,” which is an Ethereum-based NFT from a Bored Apes rival collection. Perhaps BetOnline has a few Apes of its own to pass out among its player base.

Just be sure you don’t lose all your Apes. That would be bad. Funny, but bad.

Unrelatedly – but nevertheless underpinning even more the growing synergy of online sports betting and crypto – this just happened. Again.

Poor guy must have been the boredest ape of them all…